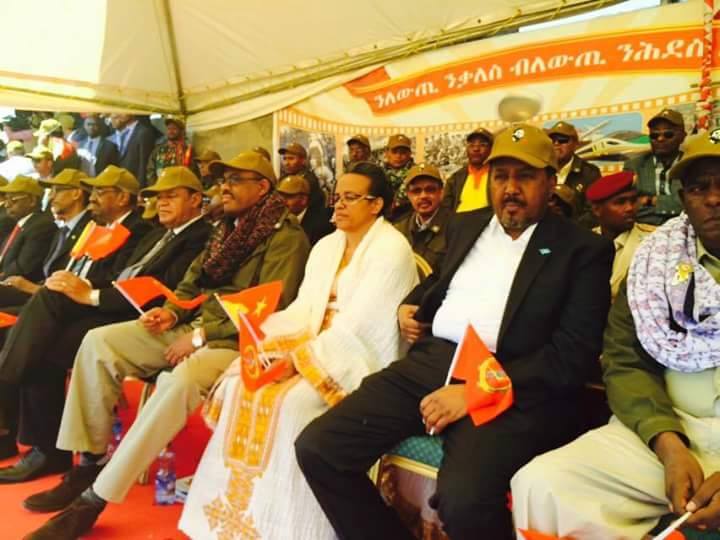 Mekelle  (HAN) February 18, 2015 – Public Diplomacy and Regional political news.  The East African leaders and tens of thousands of Federal government of Ethiopian arrived the city of Mekele to publicly celebrate the 40th anniversary of the Tigrayan People’s Liberation Front (TPLF).

African Union Commission Chairperson Nkosazana Dlamini-Zuma was also among the dignitaries who attended the celebration.

Based in Tigray region, the TPLF – a central component of the ruling Ethiopian Peoples’ Revolutionary Democratic Front (EPRDF) – fought against the military-communist Derg regime that ruled the country with an iron fist from 1974 to 1991.