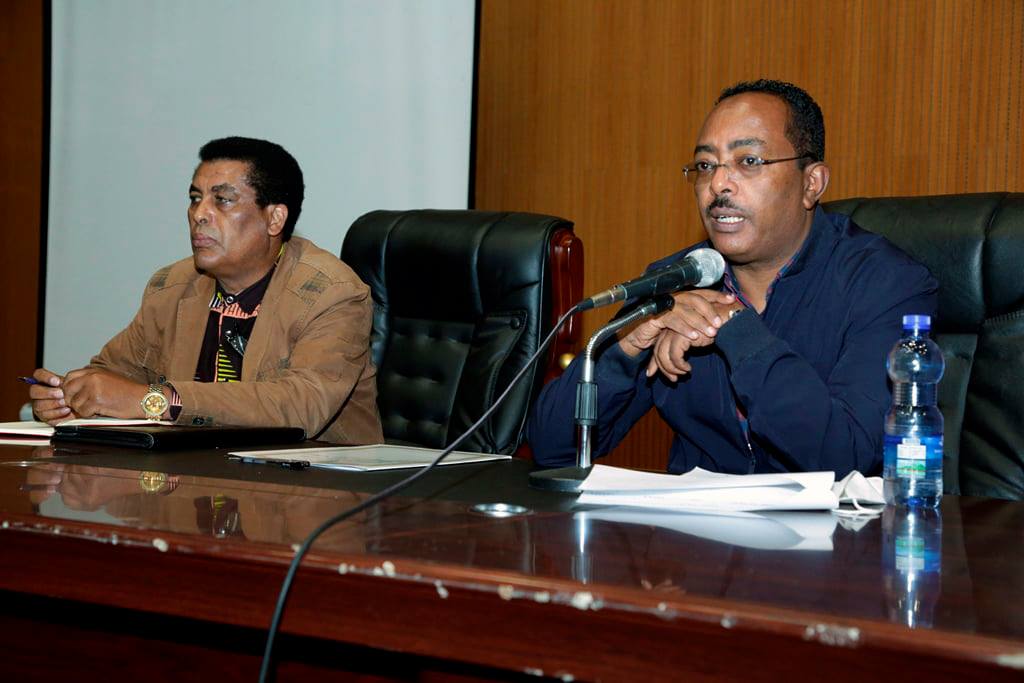 Share on Facebook
Tweet on Twitter
Addis Ababa  (HAN) December 21, 2020. Public Diplomacy and Regional Social media initiatives- Professionals Panel Alert in English, French and Arabic languages.  The Ministry of Foreign Affairs ,  Social Media activists discussed agendas that matter to the public media. The State Ministers and State of Emergency Spokesperson, Ambassador Redwan Hussein and Spokesperson of the Ministry of Foreign Affairs of Ethiopia, Ambassador Dina Mufti led a discussion  with Ethiopian Social media activists working in Ethiopia, according to the HAN and Geeska Afrika Online reporter in Addis Ababa.
The panel discussion covered pivotal national issues, including the Grand Ethiopian Renaissance Dam, the law enforcement operation in Tigray, the fruits and challenges of the reform process as well as regional and international interests the country aspires to protect.
At the occasion, Ambassador Redwan said social media activists are encouraged to focus on issues that matter to the lives of Ethiopians and avoid destructive and petty nuisances.
As agenda setters, social media activists are expected to put the government accountable for its actions, be aware of national interests, and act as agents of solidarity and brotherhood of the people, he added.
Ambassador Dina Mufti, recalling the swift changes in the media landscape, urged the social media activists to employ the potential of the new communication platforms to advance their country’s interests.
The meeting noted the importance of producing social media outputs tailored to the needs of an identified audience in the international community with specific goals that the country needs to meet for the sake of the wellbeing of the people and the integrity of the nation.
The meeting draws renowned Ethiopian social media activists who relate their works in English, French and Arabic languages, in addition to Local languages, such as Amharic, Tigranya, Somali, Oromo, harari, Afar and others.
Participants thanked the ministry for creating the opportunity to deliberate on important issues that helped them focus on the big picture regarding their country’s domestic and international engagements.
Sources: SpokespersonOffice The Ministry of Foreign Affairs of Ethiopia