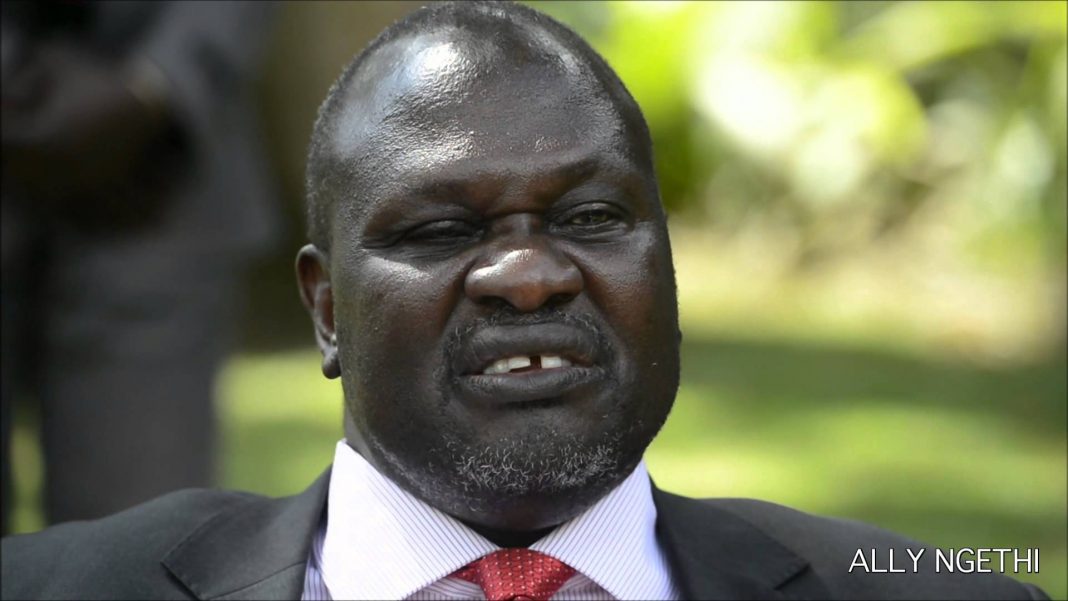 Speaking to the media in Juba on Friday evening, Mr Desalegn said his country will not allow Dr Machar in its territory.

He also directed all the South Sudanese rebels within its borders to immediately leave Ethiopia.

The premier said that the country would cooperate with the unity government in Juba under President Salva Kiir and form a joint military force to rid their common border of rebel elements.

Mr Desalegn was on an official visit to the war-torn South Sudan.

“Both of us will not allow any armed movement to disrupt peace in our region,” he asserted.

He reiterated Ethiopia’s commitment to supporting the implementation of the South Sudan peace agreement.

Ethiopia is among the regional countries to contribute troops to be deployed to South Sudan by the United Nations.

President Kiir lauded the Ethiopian Prime Minister for his support to the Juba administration.

He said Juba was ready to cooperate with Ethiopia in all aspects, pointing out that the roads connecting the two countries would be open for easy exchange of goods and services.

“The road will be open so that Ethiopian goods come here by land,” he said, adding that South Sudan would supply the neighbouring state with oil.

“Instead of going to far places to buy oil, Ethiopia will get it from South Sudan, especially now that we are going to build our refinery,” President Kiir said.