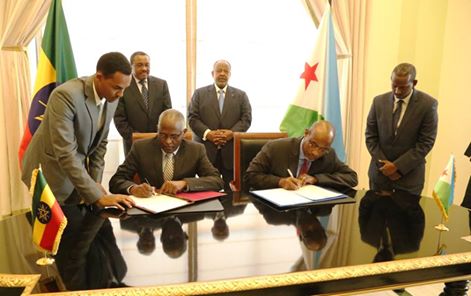 Djibouti (HAN) February 9, 2015 – Public Diplomacy and Regional Infrastructure investment news. ‎Ethiopia and ‪‎Djibouti signed Ministerial meeting on Mineral Sector Cooperation and also Protocol on Mega Gas Pipeline Project to be built parallel to the Ethio-Djibouti Railway which is expected to be operational on 2016.