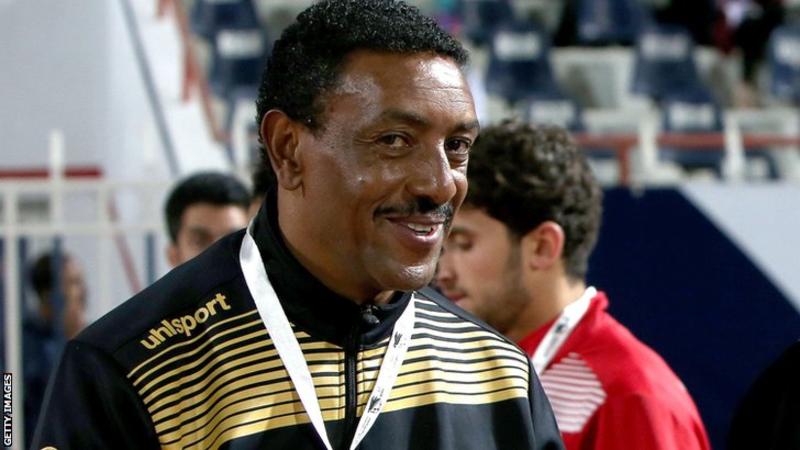 Ethiopia under the guidance of local coach Abraham Mebratu, caused an upset in 2021 Africa Cup of Nations qualifying with a 2-1 win over visiting Ivory Coast.

That loss allowed Madagascar to go to the top of Group K when they thrashed hosts Niger 6-2.

The Tottenham defender was the first to react after the Ethiopian keeper Abel Mamo was only able to parry a freekick from Max Gradel on the left.

The Ethiopians drew level 12 minutes later as a freekick from just outside the area from Surafel Dagnachew deflected off the head of an Ivorian in the wall to leave Sylvain Gbohouo wrong-footed as the ball went into the net.

They hosts took the lead on 26 minutes as Shemeles Bekele picked up the ball midway in the Ivorian half, as referee waved away claims of handball, he raced into the area and his shot found its way through Gboouhou and into the net.

In the day’s other Group K game Madagascar made it two wins from two with a crushing 6-2 win over hosts Niger.

Niger actually took the lead after just four minutes as Amadou Wonkoye managed to beat the keeper at his near post from a free-kick on right-hand side of the area.

His first saw him crash the ball into net from a narrow angle on the right after a cross for the opposite flank evaded everyone.

The second was neat freekick routine that same him pick the ball on the edge of the area as the defence waited for a cross into the area and he side-footed into the net.

There were two more before half-time firstly Anicet from the penalty spot after Andria was fouled by Niger keeper Kassaly Daouda.

Andria then scored himself when an audacious chipped effort from 35 metres was not pushed over by Daouda and instead the ball came off the bar and fell at his feet for an easy goal.

Nine minutes after the break Paulin Voavy chested down a ball over the top into the area and took a fierce shot into the roof of the net the rout was complete when Renne’s Jeremy Morel headed home a corner in the 65th minute.

With 14 minutes left to play Yussif Moussa scored a second consolation passing the ball into the net after a neat passing move inside the Malagasy penalty area.

It has not been a good start for Niger’s new coach Jean-Guy Wallemme who has now lost both his games in charge since taking over last week, after the 1-0 loss to Ivory Coast.

The Frenchman will combine the role with Niger with his job in charge of French fourth-tier side C’Chartres.

The results mean Madagascar are top of the group with six points, Ethiopia and Ivory Coast both have three and Niger are without a point.

In Group HZimbabwe earned a 2-1 away win against neighbours Zambia.

The visitors took the lead on 11 minutes when Khama Billiat leapt to powerfully to brilliantly head the ball across the goal and into the top corner.

The equaliser came nine minutes later from Patson Daka whose speed took him past the Zimbabwe defence and his fierce effort flew into the top of the net at the near post.

Zimbabwe’s winner came in the 79th minute as two Zambian defenders tried to tackle Knowlege Musona, who passed the ball before they arrived which allowed Billiat to score an easy winner.

The result puts Zimbabwe on four points two behind Algeria, with Botswana third on one point and Zambia bottom without a point.

Morocco and Mauritania lead the way

Ajax defender Noussair Mazraoui scored his first ever goal for Morocco in their comfortable 3-0 win over Group E hosts Burundi.

Mazraoui was on target after 27 minutes when he squeezed the ball home when Burundi keeper Jonathan Nahimana was unable to hold onto a free kick fired in by Rachid Alioui.

Morocco’s second goal came five minutes before half-time and was also the result of poor defending.

An initial header from Youssef En Nesyri was well saved by Nahimana but the ball fell to Alioui who managed to cross into the six yard area and the keeper and defenders got in each others way to allow En Nesyri a simple finish.

Achraf Hakimi, on a two-year loan at Borussia Dortmund from Real Madrid, sealed the win with eight minutes left as he picked up Sofyan Amrabat’s ball over the top, took two touches and fired across the keeper to make it 3-0.

The hosts took the lead after 28 minutes through Spain-based Moctar El Hacen and Diallo Guidileye added the second in injury time at the end of the match.

The results mean both Morocco and neighbours Mauritania have four points, CAR are on three and Burundi are yet to register a point

Cameroon qualify for the finals as hosts but are taking part in the qualifying campaign to gain competitive match practice which means just one team from Group F will progress to the finals.