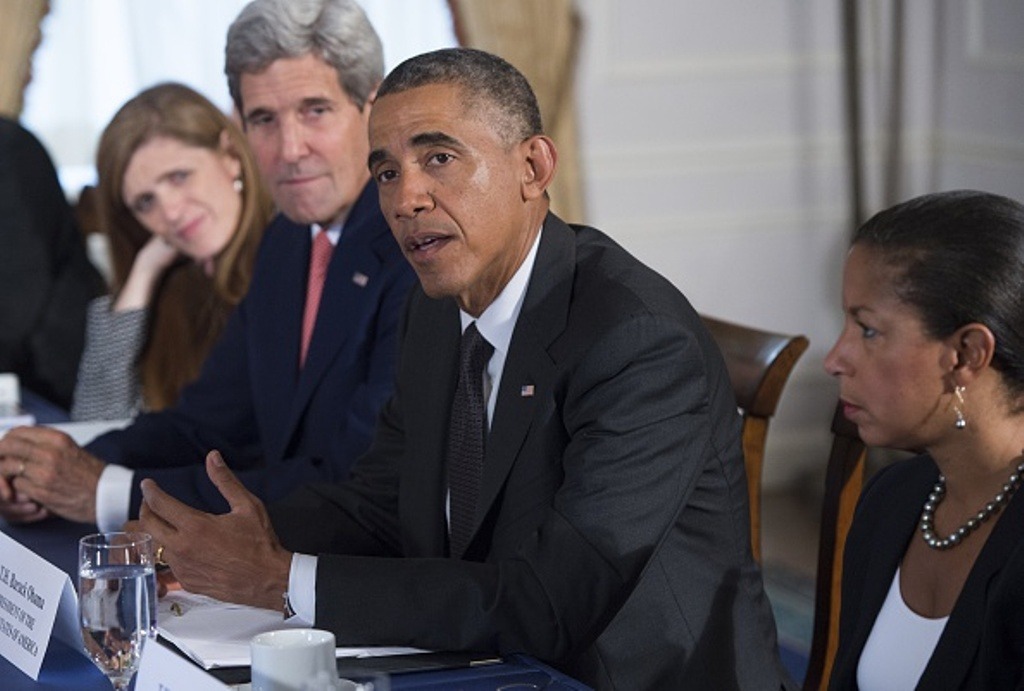 New York (HAN)September 26, 2014, Public Diplomacy and Regional strateic defense and Security news. President Obama meets with the Prime Minister of Ethiopia, Hailermariam Desalegn. Presdent Obama has spent much of the week discussing his counterterrorism plans, including airstrikes in Syria, Somalia and Iraq against the jihadist group known as the Islamic State and Islamic militants of Al-Shabaab in Southern Somalia.

After he finished UN General Assembly speech and before returning to Washington, D.C.,  President  Obama had bilateral meetings with Prime Minister Hailemariam Desalegn of Ethiopia. Topics ranged from the Horn of Africa peace efforts to counter-terrorism and economic development.

President Obama delivered remarks at a bilateral meeting with Prime Minister Hailermariam Desalegn of the Federal Democratic Republic of Ethiopia.

On May this year, Obama, in his West Point speech, announced that he asked Congress to support a new Counterterrorism Partnerships Fund .

The Obama administration first requested the $5 billion fund earlier this summer, it asked for $2.5 billion to train and equip international partners and $1.5 billion for Jordan, Lebanon, Turkey and Iraq to help with the influx of refugees fleeing the civil war in Syria. While both amounts would bolster efforts against ISIS, they would not cover additional U.S. military strikes.

The request also included $500 million “to address unforeseen contingencies related to counterterrorism or regional instability,” the White House says, and that amount could be expanded to help fund U.S. bombing against ISIS targets in Iraq or Syria.

For the foreseeable future, the most direct threat to America at home and abroad remains terrorism. But a strategy that involves invading every country that harbors terrorist networks is naïve and unsustainable. I believe we must shift our counterterrorism strategy — drawing on the successes and shortcomings of our experience in Iraq and Afghanistan — to more effectively partner with countries where terrorist networks seek a foothold.

And the need for a new strategy reflects the fact that today’s principal threat no longer comes from a centralized al Qaeda leadership. Instead, it comes from decentralized al Qaeda affiliates and extremists, many with agendas focused in countries where they operate. And this lessens the possibility of large-scale 9/11-style attacks against the homeland, but it heightens the danger of U.S. personnel overseas being attacked, as we saw in Benghazi. It heightens the danger to less defensible targets, as we saw in a shopping mall in Nairobi.

So we have to develop a strategy that matches this diffuse threat, one that expands our reach without sending forces that stretch our military too thin, or stir up local resentments. We need partners to fight terrorists alongside us. And empowering partners is a large part of what we have done and what we are currently doing in Somalia.

Read: Remarks by the President at the United States Military Academy Commencement Ceremony