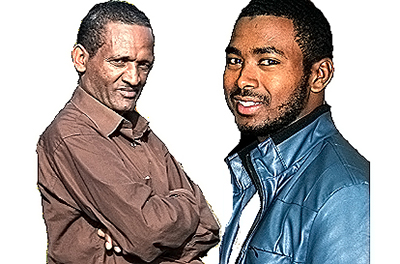 Khalid, a news editor, and Darsema, a senior editor at Radio Bilal, were convicted at a December 21 hearing of inciting extremist ideology and planning to overthrow the government through their coverage of Muslim protests about government interference in religious affairs, according to reports. The two journalists, who have been in custody since their February 2015 arrest, were convicted under Ethiopia’s 2009 anti-terrorism law, alongside 18 other defendants, according to news reports that cited the charge sheet. Their co-accused were also sentenced yesterday as part of the same mass trial, the Addis Standard reported.

“These harsh sentences are the latest evidence of the Ethiopian government’s hostility to free expression and the right of journalists to do their jobs without fear of censorship or arrest,” said CPJ’s Africa program coordinator, Angela Quintal. “Khalid Mohamed and Darsema Sori are journalists, not terrorists. They should be freed immediately.”

Separately, an Ethiopian court denied bail yesterday to Getachew Shiferaw, the editor-in-chief of online newspaper Negere Ethiopia who has been in prison since December 2015, Ethiopian activists who are monitoring his case told CPJ. His trial has been postponed to February 14. Last month a court reduced his charge from terrorism to inciting subversion, according to local rights groups and activists.

The three journalists were among 16 imprisoned in Ethiopia for their work at the time of CPJ’s 2016 prison census, which found the country to be among the top five worst jailers of journalists worldwide.