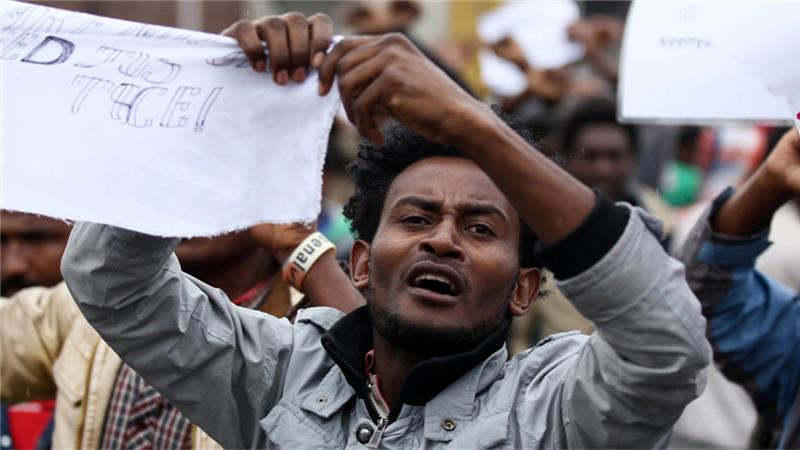 Addis Ababa (HAN) August 11.2016. Public Diplomacy & Regional Security News. Ethopia has dismissed a plea from the United Nations that it allow international observers to investigate the killing of protesters by security forces during a recent bout of anti-government demonstrations.

Getachew Reda, a government spokesman, told Al Jazeera on Thursday that the UN was entitled to its opinion but the government of Ethiopia was responsible for the safety of its own people.

Reda’s comments came after the UN urged the government to allow observers to investigate the killings of at least 90 protesters in the Oromia and Amhara regions over the weekend.

Zeid Raad Al Hussein, the UN High Commissioner for Human Rights, said allegations of excessive use of force must should be investigated and that his office was in discussions with Ethiopian authorities.

Reda, however, told Al Jazeera that it was not necessary to send observers to specific parts of the country since the UN already had a massive presence in Ethiopia.

He said the government would launch its own investigation into whether security forces had used excessive force and would do so in consultation with local people.

He blamed what he called “terrorist elements” for stoking the violence from abroad, without giving further detail.

At the weekend, an opposition leader told the AFP news agency that up to 50 people were killed as security forces suppressed the protests. Amnesty International put the death toll at 97.

Oromia, an area which surrounds the capital Addis Ababa, has seen several months of protests, sparked by plans to allocate farmland in the region for development.