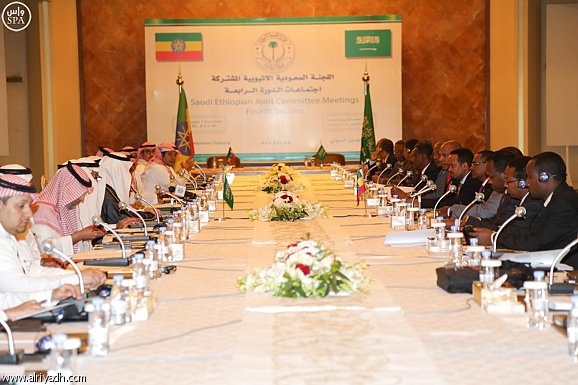 At the beginning of the meeting Engineer Al-Fadhli delivered a speech in which he stressed the importance of the meetings of the Joint Saudi-Ethiopian Committee which forms a tool conducive to strengthening economic, trade, investment, scientific and cultural cooperation between the two countries.

Pointing to the importance of activating cooperation through the development of mechanisms and programs to implement the recommendations of the meetings of the Committee, emphasizing the importance of the great role of the private sectors in the implementation of economic cooperation projects related to trade and investment in various fields.

On his part, the Ethiopian Minister of Agriculture and Natural Resources praised the excellent relationship between the two countries in various fields, saying: ‘The Kingdom Saudi Arabia is one of the strongest economies in the world and we have in the Republic of Ethiopia investment opportunities that can attract the Saudi private sector to take advantage of them.’

The two sides agreed to form three committees : Committee of Foreign, Security and Labor Cooperation; Economic and Technical Committee, and Committee for Educational and Cultural Cooperation, Religious Affairs, Media, Youth and Sports for deliberating and coming up with recommendations that serve both sides. Source: alriyadh