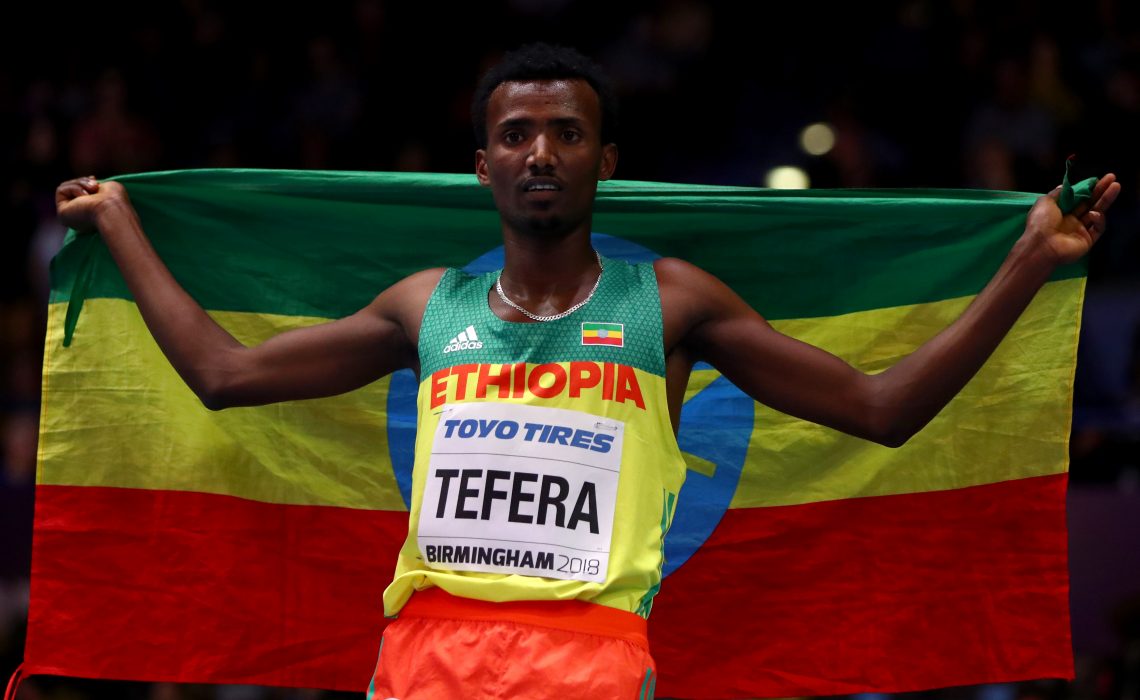 Kejelcha, who last week came within 0.01 of the world indoor mile record, had announced his intentions to break the 1500m mark ahead of his race in Birmingham. The pacemakers hit their required target times, taking Kejelcha through 800m in 1:52.70 and 2:49.28 at 1200m.

But Tefera, the world indoor champion at the distance, was tucked right behind Kejelcha and looked ominously comfortable with the pace. The clock ticked through 3:03 as the bell sounded for the final lap and Tefera made his move, kicking past Kejelcha to take the lead.

Tefera charged towards the line and stopped the clock at 3:31.04, taking 0.14 off the previous record set by Hicham El Guerrouj in 1997.

Kejelcha finished second in an outright personal best of 3:31.58.