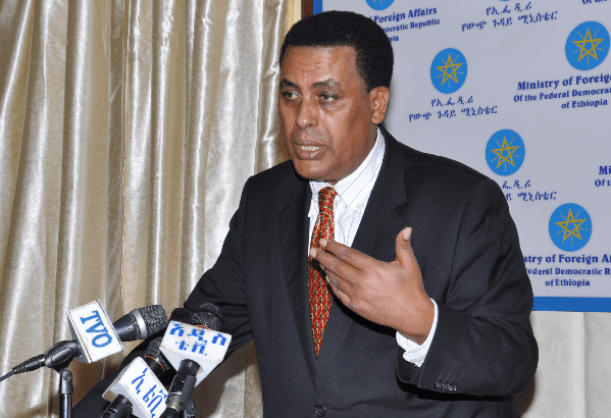 Addis Ababa (HAN) May 2, 2014.  Geeska Afrika Online Editor’s Note: In a statement, by the Ethiopian Authority said eight people had died during violent protests led by “anti-peace forces” in the towns of Ambo and Tokeekutayu, as well as Meda Welabu University, also in Oromia state.

BBC Ethiopia analyst Hewete Haileselassie says some Oromos feel the Ethiopian ruling party (EPRDF) is dominated by members of the Tigre and Amhara communities and they would be loath to see the size of “their” Oromo territory diminish with the expansion of Addis Ababa, which is claimed by both Oromos and Amharas.

The Ethiopian statement blamed the protests on “baseless rumours” being spread about the “integrated development master plan” for the capital. Therefore what are the roots of the Addis Ababa’s master Plan:

Professor  Bona Geshe, sent us this Opinion: The  Addis Ababa City Administration’s plan to unconstitutionally expand the city’s territorial boundaries under the guise of development have sparked a growing protest around the country.  Over the last week and half, hundreds of Oromo students at all universities in Oromia expressed their opposition. While the protests have largely been nonviolent, local reports show that at least three students were injured in confrontations with police at Wollega University’s Nekemte campus.


Roots of the conflict

The 1995 Constitution of Ethiopian designates Finfinne (aka Addis Ababa) as the capital city of the Federal State under its Art 49(1). This particular provision entitles the city’s residents the right to self-governance including representation in the House of Peoples Representative. The same article makes the federal government responsible for the administration of the city without defining the nature of their relationship.

Finfinne being an Oromo land, the Constitution also acknowledges the ‘special interest’ of Oromia regional state under Art 49(5). Although the constitution leaves the specifics to be determined by law, which’s so far been absent, it is possible to discern the nature of these ‘special interests’ of Oromia from the provision of Art 49(5). These interests include provision of social services, utilization of natural resources of the city and other similar matters, including those pertaining to joint administration.

One of the main purposes of the Constitution is to rectify the historical injustices committed against the nation, nationalities and peoples of Ethiopia under previous rulers. Since its inception in the 19th century following the invasion of Menelik II, Finfinne had served as the center for enforcing the aggressive assimilationist policies of subsequent Ethiopian regimes. The Oromo people were evicted from their land to give way for the settlers of the conquering force. As the capital kept on growing, Oromos were forced onto the margins — socially, economically and politically. As such, the purpose of Art 49(5), inter alia, is to rectify this injustice by constitutionally acknowledging the ‘special interests’ of Oromia and enabling the Oromo people to benefit from the social services, natural resources and also partake in the administration of the city. However, more than two decades after the Constitution was adopted, there is not even a single public school that provides education in Oromo language let alone enabling the Oromo people to partake in the administration of the city.

The first provision of the Constitution is dedicated to proclaiming the form of government, i.e. Federalism, which in reality translates into a rarely applied pseudo structure that ensures the Tigrean-led government’s continued grip on power. On paper, the constitution reorganized the country into nine regional states ‘largely’ defined on ethnic basis under its Art 47(1).

While its actual size and boundaries are contested or purposely reduced, the creation of Oromia state has greatly helped in the revival of Oromummaa, the Oromo national identity. Pursuant to Art 50(8) of the Constitution, the federal government is obliged to respect state power. In accordance with the underlying principles of federalism neither the federal government nor the Addis Ababa city administration has the power to unilaterally impose the new ‘integration plan’ on Oromia.

But the government’s decision to implement the ‘integration plan’ without any consultation or input from Oromo public is not entirely surprising. Time and again, Oromo farmers were removed from their land under the guise of development without adequate compensation. The process by which the current plan was developed is yet another affirmation of the pseudo nature of Ethiopia’s ‘federalism.’

The rhetoric of decentralization notwithstanding, real state power still remains highly centralized in the hands of elite from the Tigrean People’s Liberation Front (TPLF), the main actors in the five-party ruling EPRDF coalition. Decisions are made at the center and regional state governments are only there to implement them. In Oromia, the OPDO, a presumably Oromo-based political party, has been loyal in serving this mission.

In the last two decades, OPDO officials oversaw extensive land grab across Oromia and gross human rights violations committed against the Oromo. The Oromia state parliament (Chaffee Oromia) along with the state’s executive branch is constitutionally empowered to curb the implementation of this ill-purposed ‘integration project.’

The current integration plan project is clearly not in line with those special interests enshrined in the Constitution. It is no wonder then the plan has drawn the ire of Oromo students and an unusual opposition from members of the Oromo Peoples Democratic Organization (OPDO). In addition to this flagrant contradiction, the plan also neglects a series of individual and collective human rights.

The prime victims of Addis Ababa’s far reaching land grab are individuals and families who will be evicted from their only source of livelihood. Among other things, displacing Oromo farmers from their land without any consent or sufficient compensation violates their fundamental rights to life, property, health and housing.

Both under its constitution and several international human rights instruments it ratified, Ethiopia has the duty to respect these fundamental human rights and their breach constitutes a clear violation of those obligations. The TPLF-led government’s pretense about fulfilling other rights could not be used to override these rights.

In Ethiopia, all land is owned by the state as provided under Art 40(3) of the Constitution. This has made it easier for the government to displace farmers from their land, with a total disregard to Art 40(4)’s provisions, which protects peasants against eviction by the state.

Art 39(2) of the Constitution guarantees the right of every nation, nationalities and peoples to develop their language, culture and preserve their history. The fact that Oromo language has been used as the working language in Oromia has greatly helped in the revival of Oromo culture and history.

But Finfinne, which the Oromo refer to as ‘handhuura Oromiyaa’ — meaning the Center of Oromia — is the pillar reminder of past injustices committed against the Oromo people and their continued marginalization. Today, there is little meaningful trace of Oromo identity in the city (no museums dedicated to the preservation of Oromo history, official street names, landmarks, statues, etc.) Instead, Finfinne continues to pose a threat as the nuclei of a mission to reverse the revival of Oromummaa over the last two decades. The implementation of the new ‘integration plan’ without due consideration of its impacts will undoubtedly serve as a continuation of this purpose.

Finfinne was once a land that exclusively belonged to the Oromo people. After conquest, Oromo clans, who settled on this land, were evicted — their culture was destroyed and replaced by an identity that’s alien to the Oromo. Those who remained in the city adopted a new identity, language and religion — fully assimilating to a different social structure. Those who managed to keep their identity as Oromos faced social, economic and political marginalization and discrimination.

The new plan is part of this persistent need of oppression by Ethiopian authorities to keep the Oromo people in the shadows by violating their linguistic and cultural rights. In the long run, it is not far-fetched to say that the implementation of the new integration plan will threaten the viability of Oromia as an autonomous state.

The right to self-determination

Finally, it is obvious that the TPLF government has no intention of upholding its own constitution. It only resorts to constitutional provisions as a defense for the transgressions it commits. The regime’s claims that the integration plan aims to fulfill the ‘special interests’ of Oromia as provided under Art 49 of the Constitution is misleading and a face-saving attempt. There is no doubt that the Oromo people will be the prime beneficiaries any genuine development. However, TPLF’s ‘development’ fails that test as it is premised merely on snatching the source of livelihood from defenseless Oromo farmers without adequate compensation and destruction of the Oromo identity. It must be interrogated, opposed and scrutinized until due attention is given to the rights of Oromo people and their constitutionally protected interests in Finfinne. Furthermore, if genuine development was envisioned, cities in Oromia can develop without requiring “integration” into Addis Ababa.

Professor  Bona Geshe, is a former instructor at the University of Gondar School of Law, Ethiopia. 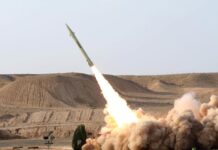 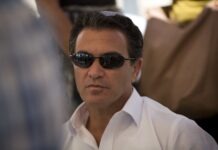 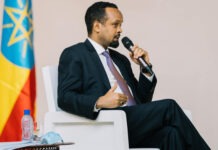 Somalia: Minister Appointed the Director of the National Intelligence and Security... 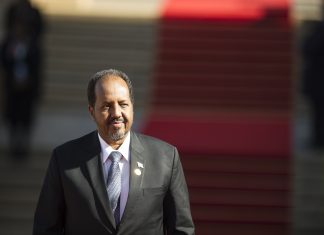 geeskaadmin - November 27, 2020
0
The former president of Somalia, Hassan Sheikh Mohamud has alleged that the government institutions where destroyed by the chief of intelligence. This allegation is...