Home Ethiopia Ethiopia: The Rising Ethiopia (In the Eyes of Chinese) 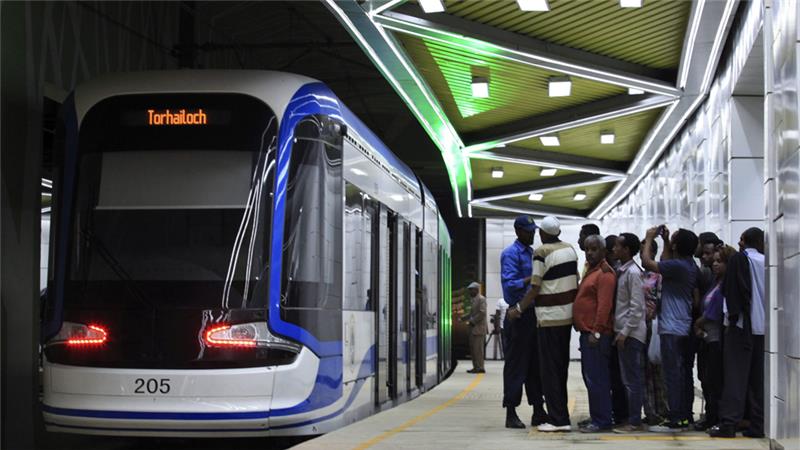 ADDIS ABABA (HAN) September 12.2016. Public Diplomacy & Regional Security News. OPINION By Xu Chong. The impression my school’s World History textbook creates about Ethiopia defies description, because of two famous emperors, Menelik ll and Haile Selassie who reigned in different ages. They led the unyielding Ethiopian people, who fought against Italian colonialism and fascist occupation through fierce, painstaking and innumerable struggles and defeated the invaders. In so doing, they kept the country’s territorial and spiritual independence eventually.

That is all I know about Ethiopia. I am aware the victory was unique and it made Ethiopia a fortress country to all other colonized African countries and freedom fighters. But I never envisaged I would come to this country one day.

Since I have stood a chance to acquaint myself with some Ethiopians, I got to know many of them. I have every reason to claim it is just the inborn pride of Ethiopians that made them defeat a powerful enemy and remain confident.

I have learnt, though hospitable people, Ethiopians never compromise with their dignity and sovereignty. Perhaps, now people,acquainted with this fact, understand why the headquarters of African Union was set in this country. It is for no other reason than symbolizing pride and independence, Ethiopia has turned the spiritual beacon of Africa.

Flipping back, before coming here, except the segmental knowledge from books, I knew nothing more about this county.

Frankly speaking, the whole African continent, as one formed stereotype, conjure up in most ordinary Chinese’ mind a continent which is remote, poor, chaotic and morbid. Even now this stereotype is still preventing some people from searching this land. Out of such wrong mentality towards the continent, many fail to visit it.

However, I have to say, people’s blind or prejudicial stereotype is wrong. As one approaches and learn more about Ethiopia–this mysterious land–one will be amazed by Ethiopians’ optimism, gumption and infinite vitality. One will appreciate the truth that the present day Ethiopia is in an ambitious and rising country!

Ethiopia possesses a population of over 99 million people. This implies an enormous domestic market and thriving demand & consumption that undoubtedly comprise inexhaustible driving force for the future sustainable development and economic growth.

Over the last decade, Ethiopia’s economy has displayed a rapid development at an annual average growth rate of 10.7 per cent ranking 12th in the economic growth of the world. Provided this developing momentum could be maintained, this country is very likely to reach the middle-income countries’ level by 2025,as indicated in World Bank report estimate.

The Ethiopian government, I think, is unwilling to keep to the beaten track, open-minded about adopting more potent and innovative methods to advance the country forward, open arms to the international cooperation, readily bring in foreign advanced way of thinking, capitals, management mode, technologies and products etc.

Frequently, I approach governmental organs, their enthusiasm and working efficiency,most of the time, are far beyond my expectation.

They have totally changed my attitude towards a sluggish bureaucratic system. The consciousness of their own shortcomings and gaps, as compared with advanced countries, had made them hurry up to minimize discrepancy and try their best to catch up.

Today, in the African market, 25 per cent of feature phones are made or assembled in Ethiopia. I had learned, once, there were at least three mobile phone manufacturers intending to set up production plants in another African country, due to the tedious permit process and investment policy lacking flexibility as well as incentive stimulus.

The investors eventually have turned attention toward Ethiopia. As we know, the market is flourishing. As such if one fails to seize the opportunity duly, others will.

For an instance, the government has kept an all-round relations with China-the prospective largest economy in the world. The pro-China policy has brought tremendous benefits involving huge funds, talents, technologies, management methods and countless job opportunities that substantially accelerate the progressing pace.

The brisk infrastructural facilities expansion activities could be seen everywhere throughout the nation. The prospective Africa’s largest hydroelectric power station, The Grand Ethiopian Renaissance Dam, is being constructed on Blue Nile River with a planned generating capacity of 6,000 MW.

Also the first expressway that connects the capital city Addis Ababa with the south economic centre is under construction of which some are partially inaugurated; international standard telecommunications(4G), modern urban traffic, renewable energy,among others, are actively keeping the pace like the advanced economies.

The capital city itself is a large busy construction site. Crisscrossing the city one can see construction activities such as new skyscrapers, high specification roads, shopping malls, hotels, restaurants, luxury villas, apartments, among others, are springing up at every corner. A growing number of foreigners is also being manifested.

The number of those who join middle class is also mounting. This is ensuring a rapidly increasing prosperity. People are bent on working for a better future and progress. They are racking brains to open up business and increase income.

Going back in time, none of the developed economies had displayed a developmental feat like today’s Ethiopia at such a period of cut-throat competition and global economic down slides.

Ethiopia, an ambitious country is rising from African horizon. A country, boasting of ancient civilization and highly populated by the youth, is glowing with vitality and vigor! We can assert that, in a foreseeable time, Ethiopia will become a major economy and a nerve center in this continent.