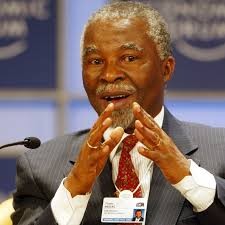 The panel, which was chaired by Thabo Mbeki, former South African president and comprised nine other members, released its report at Hilton Hotel on February 1, 2015.

The high level panel is the first African initiative mandated to be established after the fourth joint annual meeting of the AU/ECA conference of ministers of finance, planning and economic development adopted a resolution to establish the level of IFF from the continent, to asses its long term impacts and to propose policies in reversing the illegal outflows.

The Report of the High Level Panel on Illicit Financial Flows from Africa, used estimates by various researches on illicit financial flows from Africa, adding that a significant amount was from sources such as bribing and trafficking of drugs, people and firearms, which are secret in nature and could not be properly estimated.

The panel reported that Ethiopia could have lost 16.5 billion dollars due to illicit financial flow from 1970 to 2008, which was 2.3pc of the total IFF from the continent, based on which the total continental loss could be computed to a little over 700 billion dollars. However, the report gives a different figure, 854 billion dollars for the total loss during the period.

The report, however, also adds that the loss of the last 50 years could be in excess of over one trillion dollars, adding the average annual loss could be significantly higher than the estimates because of secret bribes and trafficking.

Similar reports have previously been released by other bodies. Citing corruption and bribery as major reasons for the increase in IFF, the Global financial report, which had illustrated data from World Bank and the International Monetary Fund showed that Ethiopia had lost 11.7 billion dollars in illegal financial out flow between 2000 and 2009. Similarly, the UNDP report had shown that Ethiopia had lost 8.3 billion dollars from 1990 to 2008 representing 3.6 pc of its GDP.

The AU panel, after noting that IFFs had a negative impact on fiscal shortfall and on social spending, showed that Ethiopia loses six percent of its gross domestic product (GDP) due to IFF per year. According to the report, Nigeria, Egypt and South Africa are the top three African countries with 217.7, 105.2 and 81.8 billion dollars cumulative IFFs respectively from 1970 to 2008, with Nigeria accounting for 30.5 pc of the total.

Ethiopia would take only nine years to reach the MDG goal of under-five mortality since 2000 if IFF was eliminated, instead of 13 years, the report said. The actual annual reduction in under-5 mortality rate between 2000 to 2011 was 5.3 pc according to the report. This rate of the under five mortality rate will potentially reduced to 7.58 pc in the absence of the illegal flow, the report claimed.

The report identifies three prominent grounds for the illegal flow with IFF originating from commercial activities accounting 65 Pc. Abusive transfer pricing, trade mispricing and misinvocing of services with the aim of tax evasion, aggressive tax avoidance and illegal export of foreign exchange are the activities mentioned within IFF originating from commercial activities by the report. Criminal activities such as human trafficking, drug trafficking and money laundering account for 30pc of the illicit flow, with corruption accounting for just five percent.

Corruption, particularly in relation to the construction and hydroelectric sector is the main reason for the high illicit financial flow from Ethiopia, an economist who wished to remain anonymous told Fortune, adding that over invoice of import items and under invoice of export items have also contributed to the high IFF in the country.

Ensuring publicly accessible national and sub-national budget information and transparent auditing is recommended by the report for African countries to curb the corruption element of IFF. Moreover, to eliminate trade mispricing, the report advises countries to have clear and concise laws that illegalize intentional stating of prices. Addis Fortune.