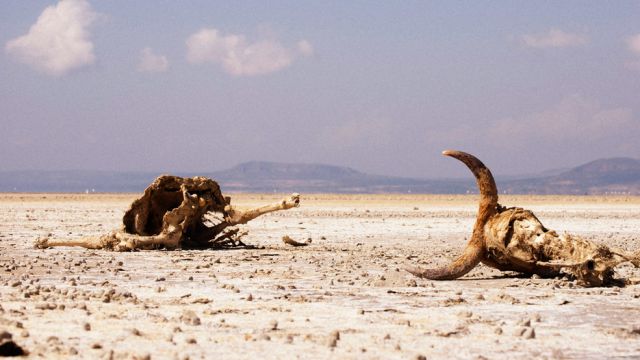 ADDIS ABABA (HAN) May 6.2016. Public Diplomacy & Regional Security News. EDITORIAL. The year 2016 has been characterized by a number of flood-related disasters with severe human and economic impacts. Floods that occurred in early 2016 led to substantial damages in some parts of the country, and highlighted the challenge that the government has to both balance water resource supply and flood management.

Since the beginning of April, we observe more flooding, even more drought, more storms and other extreme weather events as well as changing weather patterns that are beginning to affect our social and economic activities. Of these, the worst of the floods occurred in Jigjiga, in the Somali State of the country, after the Fafen River overflowed and caused human causalities with more injuries. Over 200 houses have been destroyed and around 400 severely damaged. Flooding had also occurred in the Afar region, where at least five people had passed away.

In relation to this, the High Basin Council recently had held emergency meeting on major weather phenomenons and ways of withstanding possible natural disasters. The council has called on farmers to take advantage of Belg rains following the drought, and the government has set up new measures to protect inhabitants from river flooding in flood-prone areas as the country anticipates above-normal rainfall in the upcoming annual rainy season.

The meeting stressed that community, leadership and experts need to strengthen their coordination to save lives from natural disasters and to harvest more rainfall water for agricultural purposes. Deputy Prime Minister and Council Chairperson Demeke Mekonnen stressed that farmers need to utilize each drop of rain water for the next Meher season, and to protect themselves against unprecedented flood.

According to Water, Irrigation and Electricity Minister Motumma Mekassa, stakeholders should explicate ways to step up the disaster coping up mechanism and being ready to respond against any possible natural disaster as well as to boost agricultural productivity. In addition, the government should beef up watershed management activities and soil conservation works for the preparation of upcoming summer season.

Climate change has the potential to increase flooding risks in a number of ways such as higher sea levels and storm surges, and heavier rainfall that is more prolonged than in the past. That is why the government called for urgent preparation to utilize the rainfall water to resist the impacts of El Nino that caused droughts in some places.

According to the Ethiopian Meteorological Agency Director General Fetene Teshome, the El Nino drought season cedes place to the La-Nina which results in heavy rain in the coming summer season. The weather forecast in the same period is expected to be 40 per cent of regular, 40 per cent of La-Nina and 10 per cent El Nino weather conditions.

Although the most obvious increased risk from climate change comes from the increased number and intensity of extreme weather events, intense commitments should be undertaken to prevent the impacts of La-Nina which affects high rainfall, atmospheric pressure and ocean temperature.

However many of us think of La-Niña as just a weather event. It can have major global impacts on the environment, economy and individual human lives, the global effects of a La-Nina are less damaging than the stronger El-Niño occurrence. While a significant La-Niña is happening, the impacts may court negative consequences on millions of people across the country.

At the same time, farmers, in northern parts of the country, who watched their crops in despair for lack of rain, may also be welcoming drought-breaking rains. The next Meher crops would be washed away in devastating floods at the very same time. For instance, during the La-Niña episode of 1998/99, it was estimated that the lives of million people in the country were affected.

In this rapidly changing world, it is necessary to expand the mechanisms of flood risk management, and recognize the important challenges faced by modern policy makers, practitioners and scientists. It is also important to focus on flood risk management and recognize the increasing inter-connectivity between physical infrastructure and economic systems as well as the crucial role of human factors in determining flood risk. In this regard, innovative technologies are also emerging to help manage flood risk, but these are not always straightforward to implement and technology alone will not address all our challenges.

In sum, human operations and emergency actions before, during and after a flood incident have the potential to reduce the probability of flooding as well as change the flood pathways. These actions can also significantly reduce flood damages by using flood incident management systems. The actions to be undertaken in the time of flood occurrence can include operation of dams, erecting temporary flood defences and displacing communities to other places to reduce risks from disasters and climate change jeopardy.

In addition, stakeholders should manage proper drainage system, and construct small dams that may protect sudden floods at different parts of the country. An increased commitment and all-embracing alleviation works are needed from actors to protect people, not to be affected by the natural phenomena.