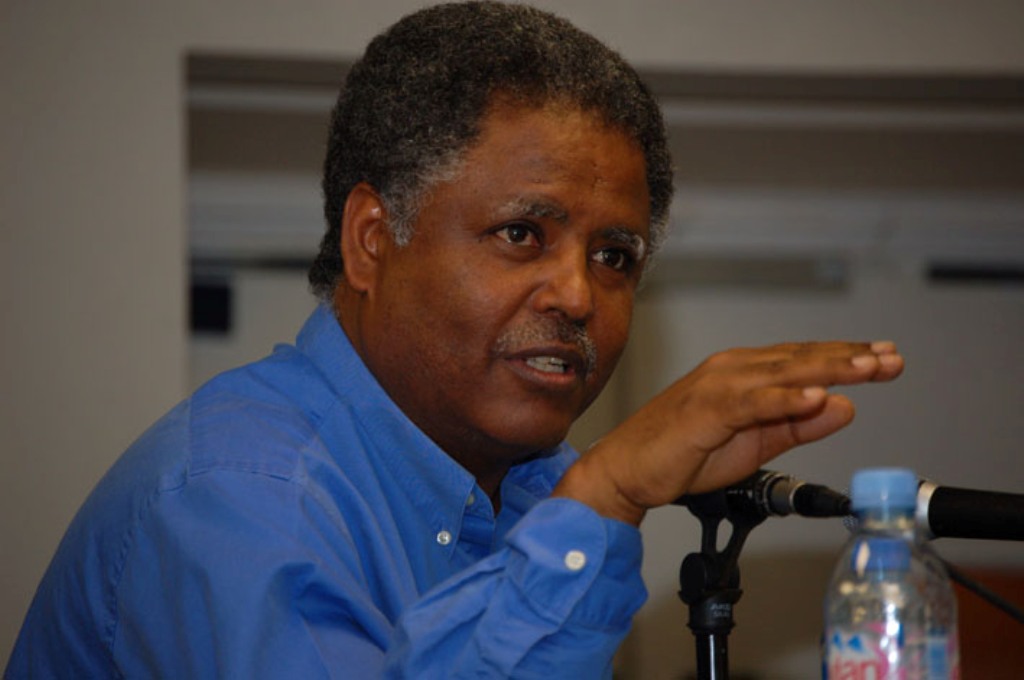 Aden (HAN) July 2, 2014 – Andargachew Tsige, Secretary General of the Ethiopian opposition, Ginbot 7 Movement for Justice, Freedom and Democracy, has been detained by Yemeni government, according to the organization’s press statement that was issued today.

According to the press statement, Ato Andargachew was on a transit flight en route to Eritrea when he made a stop in Yemen.

Press Release, Ginbot 7 Movement:  The people of Ethiopia are Shocked and disappointed over the illegal detention of Andargachew Tsige, Secretary General of Ginbot7 Movement for Justice, Freedom and Democracy by Yemen security forces during his transit flight in Yemen.

The Senna Security forum that has been signed under former president of Yemen, Ali Abdullah Saleh and former dictator of Ethiopia Melse Zenawi which lead TPLF to establish surveillance base in Yemen for surveillance and phone tapping on Ethiopian opposition has been serious concern for Ethiopian people. The illegal detention of Mr. Andargachew, by Yemen Security forces since June 23, 2014 has no ground and is grave concern for the people of Ethiopia. We urge the government of Yemen to immediately free Mr. Andargachew and the Yemen security forces not to transfer him to the criminal regime in Addis under any circumstance. Yemen has no ground to detain Mr. Andargachew who has been tirelessly working for prevalence of democracy in Ethiopia.

We request the government of Yemen to carefully evaluate its long term interest and lasting cooperation with the people of Ethiopia and avoid short termism in dealing with dictatorial regime in Ethiopia. The long historical relationship between the people of the two sisterly nations has endured, in spite of changing regimes, on the basis of mutual cooperation.

The people of Ethiopia considers the act of transferring Mr. Andargachew to the dictatorial regime in Ethiopia as direct attack on its long aspiration and struggle for genuine democracy in the nation. We hereby request President Hadi not to take any steps that will jeopardies the long lasting relationship between the people of the two sisterly nations and to order the immediate release of Mr. Andargachew.

Thank you in advance for your serious consideration.