Home Ethiopia Ethiopia: Public Diplomacy Delegation, A Message to the People of Egypt 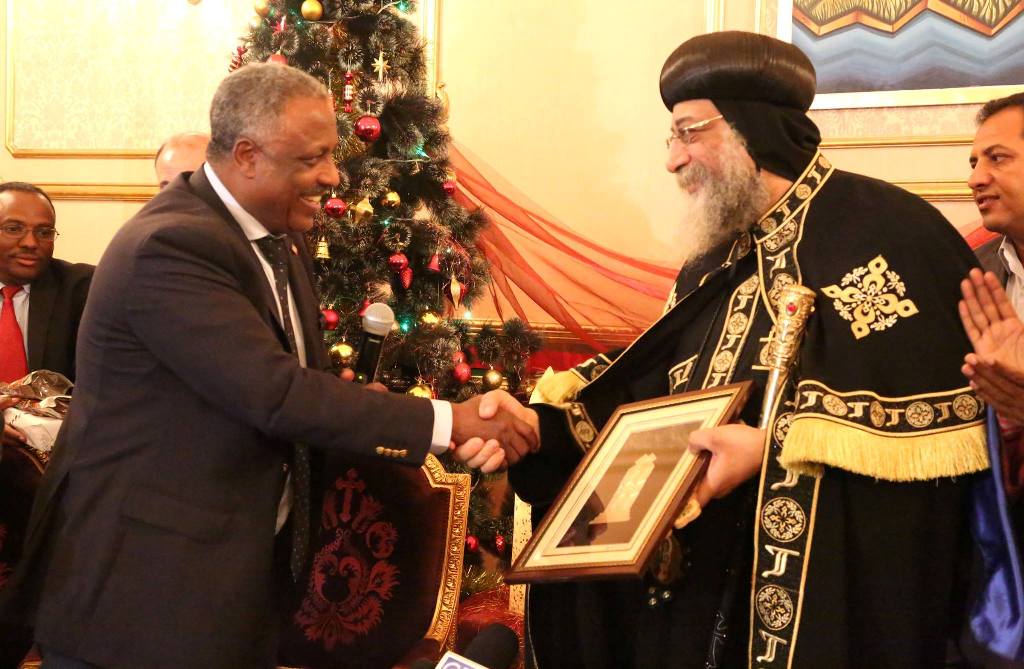 Cairo (HAN) December 23, 2014 – Public diplomacy and the Horn of Africa related Security issues.  An Ethiopian Public Diplomacy Delegation, comprising more than 70 distinguished Ethiopians from all walks of life, has been visiting Cairo this week. The Public Diplomacy Delegation, the first of its kind, travelled to Egypt on Monday (December 15) with the objective of building trust and fraternal relations between the peoples of the two countries. The Delegation, which is led by the Speaker of the House of Peoples’ Representative of the Ethiopian Parliament, Abadulla Gemeda, includes academicians, parliamentarians, religious leaders, former ambassadors, artists and other prominent personalities drawn from various sectors. 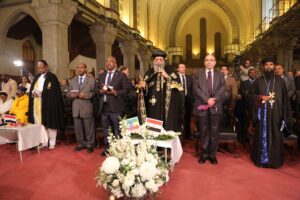 Talking to members of the Delegation before they left for Cairo, Foreign Minister Dr. Tedros Adhanom expressed his strong belief that the visit by the Ethiopian Public Diplomacy Delegation would play a vital role in strengthening the people-to-people relations between the two countries and enhance trust between them. He said the visit of the delegation was particularly timely as it would be able to have a positive impact in building on the positive momentum that had been launched between the leaders of the two countries, exemplified by the resumption of the tripartite talks over the Grand Ethiopian Renaissance Dam (GERD) and the successful Joint Ministerial Commission meeting held in Addis Ababa recently. Dr. Tedros added that the visit of the Public Diplomacy Delegation would be instrumental in conveying and underlining Ethiopia’s desire for mutual growth, strong links and genuine cooperation with Egypt. The team, he noted, was organized on a similar basis to the Egyptian Public Diplomacy Delegation that had visited Ethiopia three years ago. Speaker Abadulla Gemeda said on the occasion that the delegation had a historic responsibility to encourage the creation of mutual understanding and trust between the peoples of the two countries. He emphasized that strong people-to-people relations were bound to bring closer ties between the two nations with their long histories of civilization.

Ambassador Ibrahim Idriss, Director General for Boundaries and Trans boundary Resources in the Ministry of Foreign Affairs, briefed the Delegation on Ethiopia’s policy towards the Nile and on its efforts to create Nile Basin-wide cooperation. Ambassador Ababi Demisse, Director General for Public Diplomacy, told the members of the Delegation that public diplomacy plays a defining role in building and strengthening people-to-people links between two countries. He said the Ethiopian Public Diplomacy Delegation’s visit had enormous significance in conveying the desire of Ethiopians to encourage and expand bonds of brotherhood with Egyptians. Engineer Simegnew Bekele, Project Manager of the GERD, also briefed the Delegation on the progress of the Dam and the benefits it will provide for Ethiopia, for the downstream countries and for Africa more generally, in providing clean energy and in encouraging and fostering regional integration. He also explained at length the benefit of the GERD in preventing drought, reducing siltation, regulating water flows, avoiding flooding to downstream countries, and even in sustaining tourism.

During its visit to Cairo, the Delegation took part in the 15th Anniversary celebration of the Egyptian Council for Foreign Affairs and has also had meetings with President Abdel Fattah el-Sisi of the Arab Republic of Egypt, Prime Minister Eng. Ibrahim Mahleab, Foreign Minister Sameh Shoukry, Dr. Ahmed Al Tayeb, the Grand Sheikh of the Al Azhar Mosque and His Holiness, Pope Tawadros II of the Egyptian Coptic Church. Other meetings have been held with Egyptian intellectuals and writers, the members of the Egyptian Public Diplomacy Delegation, and with Mr. Ayman Essa of the Egyptian- Ethiopian Business Council. The Delegation has also visited some of the sights of Cairo including the Modern Arts Museum, the Opera House and Ministry of Tourism.

In a meeting with Egyptian Prime Minister Eng. Ibrahim Mahleab in Cairo, Speaker of the House of People’s Representatives, Honorable Abadula Gemeda said, “Ethiopia and Egypt have long standing historical, religious, cultural and social relations.” Honorable Abadula explained that Ethiopia believes in fair and equitable usage of Nile waters and underlined the building of the GERD has a sole objective of eradicating poverty. He assured Prime Minister Mahleb that Ethiopia’s GERD will not cause appreciable harm to any of the downstream countries. Egyptian Prime Minister Ibrahim Mahleab welcomed the Ethiopian public diplomacy team on behalf of the government and people of Egypt. He stressed the point that Ethiopia and Egypt need to foster cooperation in areas including education, trade, tourism and investment. He said the cooperation between the two countries needs to go beyond the Nile to strengthen the bilateral ties in all areas. He stressed that it is time to enhance and boost South-South cooperation generally and Ethiopia and Egypt in particular to the benefit of the peoples of both nations. The Prime Minister underlined that the ties of Ethiopia and Egypt should be based on mutual benefit and trust. Ethiopian Public Diplomacy Delegation member Honorable Med. World Lauret Dr. Tibebe Yemaneberhan expressed that Ethiopia and Egypt relations should be strengthened more through people to people relations. Mrs Mulu Solomon, also a member, expressed that Ethiopia and Egypt should strive to work and develop their peoples together. On the second day of the visit, the Ethiopian team met with Grand Sheik of Al Azahar , Dr. Ahmed Al Tayeb. On the occasion, Dr. Ahmed Al Tayeb noted the special place of Ethiopia in the history of Islam. He said “Ethiopia is the first country that gave refuge to early Muslims saving them from persecution.” Highlighting the long, historical, cultural and deep religious ties of the two people, he said “Egyptians are certain that Ethiopians are not the people who take happiness from the suffering of Egyptians.” While visiting Pope Tawadros, Speaker Abadula, said the Ethiopian Public Diplomacy Team brought a message of love, cooperation from Ethiopians to the Egyptian brothers and sisters. He said “Ethiopia’s sole objective of building the GERD has no other objective other than eradicating poverty. Pope Tawadros II said “Ethiopia’s projects will not harm Egypt as we are one family.” While meeting Egypt’s President Abdel Fatah al-Sisi, Speaker Abadula explained that the GERD Project is among other projects implemented in Ethiopia to reduce the poverty in the country. Hon. Dr. Ashebir Getenet expressed that the cooperation between Ethiopia and Egypt should be strengthened considering the historical ties of the two countries and the interests of the people. Vice President of Addis Ababa University, Dr. Hirut Woldemariam noted that the International panel of Experts Report (IPOEs) on GERD clearly stated that the Dam does not harm Egypt and it benefits downstream countries. President al-Sisi has told Ethiopian Public Diplomacy team that with a new government in the country “Egypt does not refuse the development of Ethiopia and the GERD.” EFM