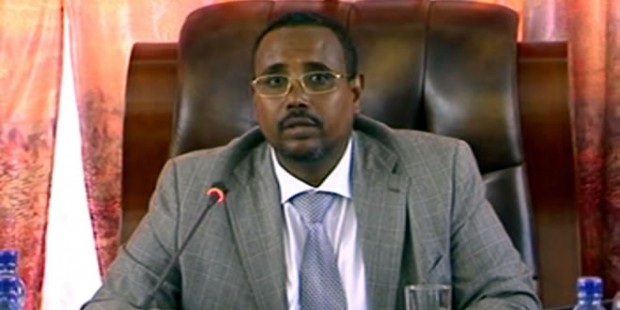 The charges against Abdi Mohamed Omar and 46 others follow three days of clashes last August that killed 58 people and injured 266, according to figures issued by Ethiopia’s attorney general last week.

Abdi, better known as Abdi Iley, was arrested later that month after stepping down as the region’s president.

Prosecutors said on Wednesday that Abdi would be charged with sponsoring a youth group that carried out atrocities, including rape, during the fighting.

“People were killed in the violence, in addition to (the) displacement of several people, damages caused to public and private properties,” the state-affiliated Fana Broadcasting Corporate reported, citing the court documents.

The identities of the 46 others, who face the same charges, remain unclear, but the attorney general said last week six people had been arrested and 40 remained at large, Fana reported.

The southeast Somali region is Ethiopia’s second-largest but also one of its most unstable. Rights groups repeatedly accused Abdi’s administration of sanctioning abuses.

His downfall followed the Ethiopian military’s deployment in the regional capital, which sparked looting and mob attacks on non-Somali residents.

The violence was the most serious in Somali region since 2017, when clashes between Somalis and the neighbouring Oromo people along the borders of their ethnically demarcated states forced 1.1 million people from their homes and left hundreds dead.