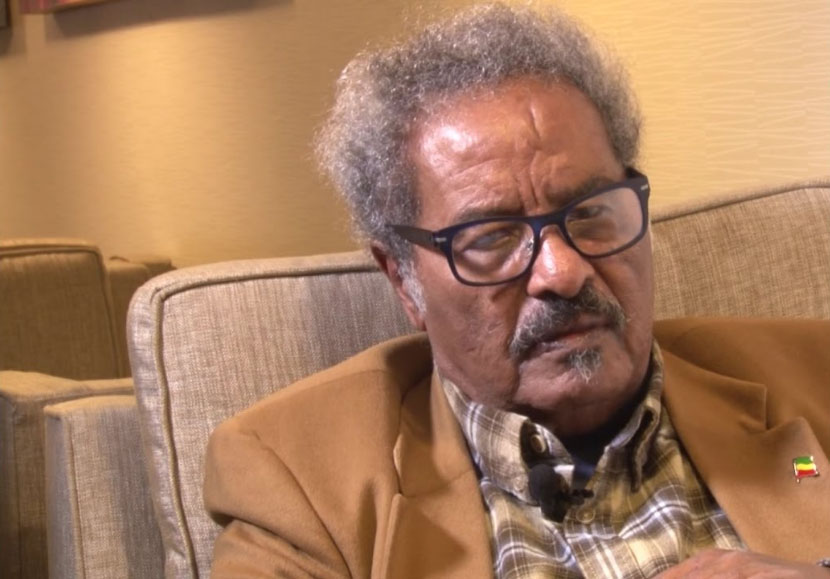 Prof. Mesfin Woldemariam, author of more than a dozen books on Ethiopian history & politics & founder of Ethiopian Human Rights Council passed away at the age of 90. He was also known for his sharp critiques of three successive regimes in ethiopia & controversial remarks.

The long-serving politician of the country, Professor Mesfin Woldemariam was peacefully struggling for political and human rights of citizens with intense devotion starting from the monarchial regime.

Mesfin Woldemariam was a professor of Geography at Addis Ababa University and contributed a lot in the academic sphere of his field of study.

He was also an author who wrote a number of books focused at social, political, economic and historical phenomenon in the country besides the academic area.

The professor who was also an advocate of human rights was passionately fighting for welfare of Ethiopians in his strong writings and public speeches and political debates.

Prime Minister Abiy Ahmed has expressed his grief up on the death of the late Professor and extended condolences to families and all Ethiopians at large.

Mesfin received his early education at Teferi Mekonnen School, and was a student of the Ethiopian Orthodox Church, receiving ordination as a deacon in 1946.[citation needed] He completed his further education in London in 1951, and won a scholarship to study abroad. He received his BA from Punjab University, Chandigarh in 1955 and his MA and Ph.D. from Clark University in 2007 by dissertation rural vulnerability to famine in Ethiopia. Mesfin was professor of geography at Haile Selassie University (now Addis Ababa University or AAU), and for a time was head of the geography department.[1] He was also a senior Fulbright scholar in 1971, 1986 and 1987. He retired from AAU in 1991.

Responding to a student petition, on 8 April 2001 Mesfin and Berhanu Nega held a day-long panel discussion at the hall of the National Lottery on academic freedom. They were arrested on the allegations that this panel incited a student protest at AAU the next day, but released on bail 5 June and neither were ever tried.[2]

In November 2005, the government of Ethiopia detained Mesfin on charges of treason, genocide and outrage against the constitution, along with other leading members of the Coalition for Unity and Democracy (CUD). This charge was considered to criminalize actions of free speech, freedom of association and freedom of expression that are guaranteed by international human rights laws, and has been condemned by many international observers including Amnesty International, Human Rights Watch and the European Union. He was held at Kaliti Prison. During his incarceration, Mesfin took part in two hunger strikes in December 2005 and January 2006, protesting his detention and trial. He later contracted pneumonia, collapsing in his prison cell 18 August, and was taken to the hospital.[3] The court was supposed to deliver the verdict on 19 February 2007. However, Mesfin, and 37 others were pronounced guilty on 11 June 2007.

This judgment occurred after Mesfin refused to defend himself, insisting that the arrest, charges, detention and trial was politically motivated and that the trial was not likely to be fair. Along with 37 others, he was convicted on the basis of the prosecution evidence and prevented from making a statement in court after the prosecution case ended. The prosecutor is said to have presented video and audio evidence. The judge ruled that as they had not submitted a defense and were guilty as charged.[1]

Mesfin, along with the 37 other Ethiopian opposition party officials, prominent human rights defenders and journalists on trial with him, were freed on July 20, 2007. They received a pardon and had their political rights restored four days after most were sentenced to life in prison and others to prison terms of up to 15 years.