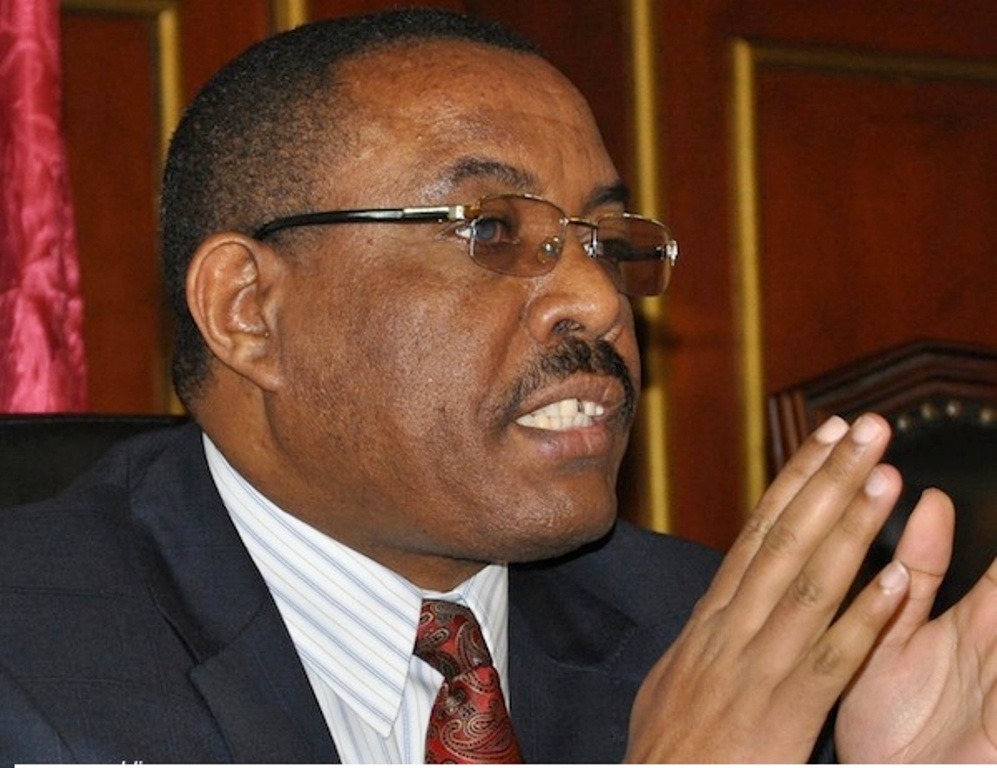 “Proof of this is the economic performance that made Ethiopia one of the fastest growing economies in the world,” Desalegn said at a parliamentary session. “In this fiscal year, our growth is projected at 11.4 percent, which surpasses the average 5-percent growth in the rest of Africa,” he said.

The Ethiopian premier said his country was implementing railway and manufacturing projects worth a total of $6.4 billion.

“The ongoing railway project, covering a total length of 2,095km, is the biggest of all the mega-projects in the country,” he said.

“So far, work on 1,500km of the stated project is well in progress in two corridors, the first one being the route from Addis Ababa to Djibouti and the other running from Mekelle to Awash [towns located to the north and east of the Ethiopian capital respectively],” Desalegn added.

Ethiopian Prime Minister Hailemariam Desalegn went on to say that funds for the project had been obtained from Turkey, Brazil, Russia and China, and from the government treasury. “However, the global economic crisis has delayed release of the funds,” he said, adding that seven out of ten planned sugar production factories would be built this year.
The Ethiopian premier said his government was committed to safeguarding the sovereignty of the country and fighting terrorism.

“There are anti-peace elements recruited by the Asmara government [in Eritrea] to implement its destructive plan. Some of them are hiding in the opposition camp, while others are caught serving such a government under the guise of journalism,” he said.

In this light, Desalegn said, it was the duty of the Ethiopian government to bring such “criminals” to court. Turning to the Ebola outbreak, which has killed thousands in West Africa, Desalegn said Ethiopia would participate in the global fight against Ebola, saying medical staff from the Ethiopian army would join their African counterparts in Ebola-hit countries.

“Our policy is clear from the outset – that the court is made to intimidate and harass African leaders,” he said. “We will continue to formally stand against it [the court] and will make our position known when the time comes.”