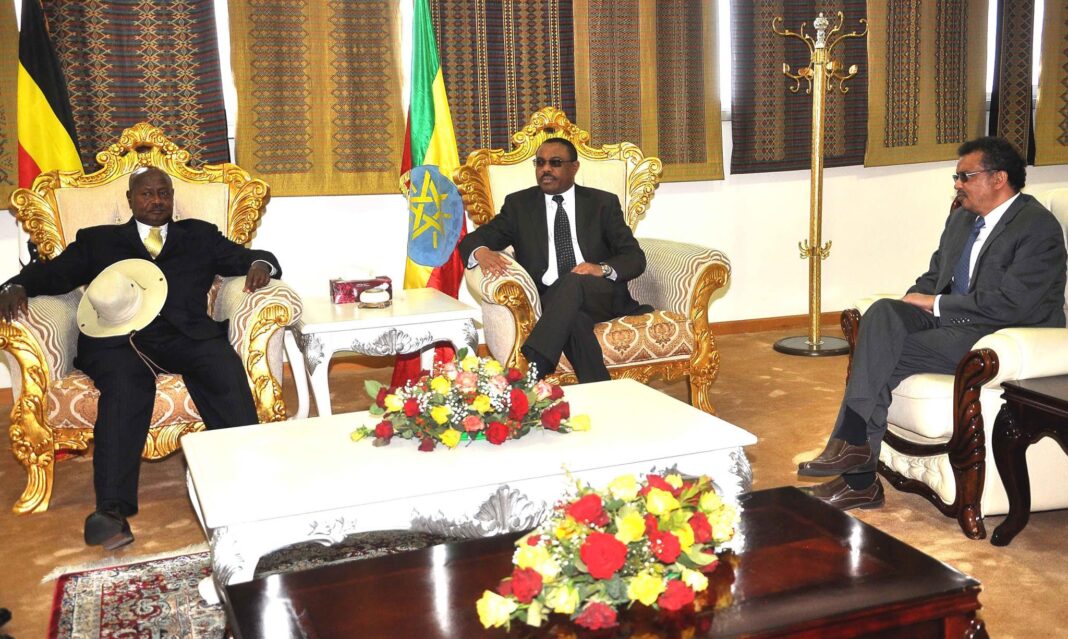 Applauding the positive engagement of the two countries, the two presidents agreed to uphold the momentum of a closer cooperative partnership and explore new areas of cooperation, including health, energy, and commerce, and further cement the strategic partnership between the two friendly countries.

Both sides also agreed to expedite cooperative partnership through infrastructural links as key enabling conditions for the effective promotion of trade and business ties between the two countries. The three-day official state visit of President Museveni is aimed strengthening the existing bilateral relations of the two countries into a new high.