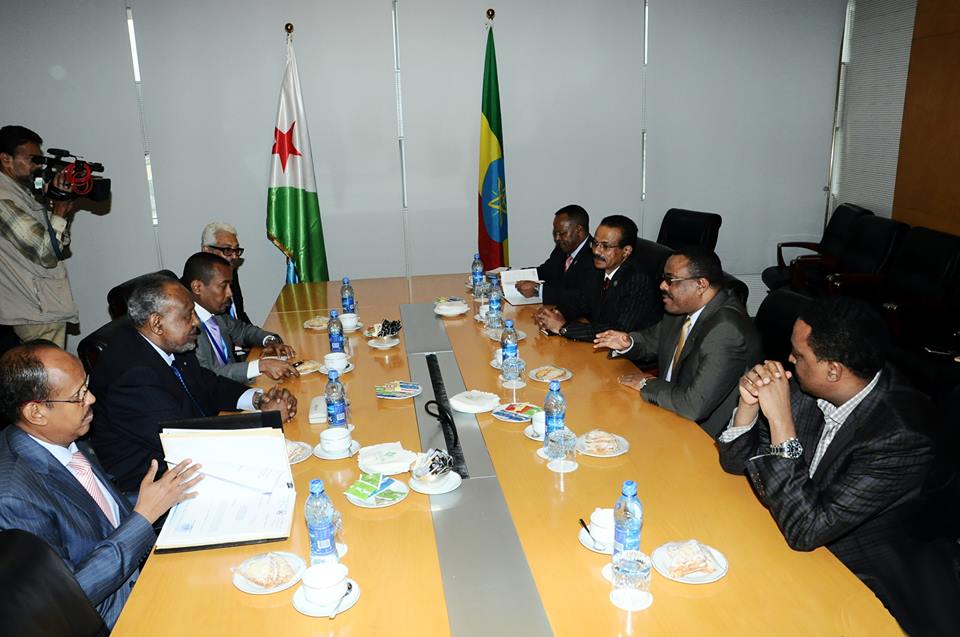 Similar bilateral discussions were also held with Serbia, Netherlands and Luxembourg presidents, delegates and senior officials on the sideline of 26th AU Summit.

The Premier in his talks with President of Djibouti Ismaïl Omar Guelleh said that Ethiopia and Djibouti are partners in many ways so far and the two neighboring countries are registering better results in the economic and people-to-people ties.

Hailemariam added that the two countries are jointly working in international trade exchange endeavors through the portal service and are now keen to further strengthen their partnerships in a bid to improve their competitiveness in the international market. He said: “The two countries will also work on trade, investment and in efforts to support potential investors in their respective countries.”

The two countries have also discussed issues such as terrorism, climate change, peace and security, as well as they consulted on the united nations structural improvement program and has pledged to strengthen their partnership on economic, bilateral and international issues in the future.

The Premier has also met with Serbian President Tomislav Nikolić and have agreed to work on economic and political partnership as well as to work closely in fighting terrorism which is now a threat to world peace.  The two countries have also discussed ways of tackling illegal migration which is increasing both in Europe and Africa.

Luxembourg Foreign Minister Jean Asselborn said on his part that his country is keen to create a strong economic cooperation with Ethiopia. “My country has an interest to work on satellite programs, communication and aviation sectors with Ethiopia.”