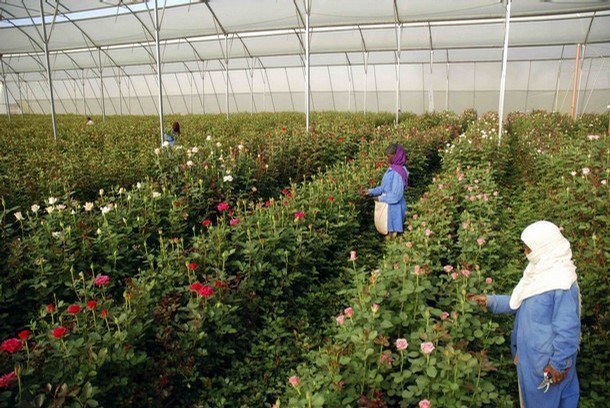 ADDIS ABABA (HAN) April 27, 2015 – Public Diplomacy and Regional Investment News. Foreign direct investment into Ethiopia will reach a record $1.5bn this year, on the back of successful efforts by the fast-growing and populous African country to attract overseas manufacturing companies.

Only seven years ago, the country with a population of 94m drew only $108.5m in inward investments from overseas. But it has been growing at double-digit rates, thanks to increased relocation of factories, attracted by low wages, cheap power and supportive government policies.

“This year will be a record for foreign direct investment,” said Fitsum Arega, head of the country’s investment agency, up 25 per cent from last year’s $1.2bn.

The inflow of foreign investment marks a stark turnround from the 1980s, when the country was hit with a severe famine that made the eastern African country infamous for lack of development.

While several key sectors of the economy — including the much sought-after banking and telecoms — remain closed to outside investment, several industrial zones have seen investment in production facilities of textiles, leather and garments.

Mr Fitsum said China was providing the largest number of investments, although by value, the biggest investors were Turkey and India. The country was also seeing investment from Europe and the US, he said.

Although Ethiopia is landlocked, power prices and labour costs are both extremely low, security is tight and state-owned Ethiopian Airlines runs the biggest global network of any African carrier.

“We are still making huge investments in electrical power, building a railway, and the government offers investors so much support,” said Mr Fitsum, adding it is still building industrial parks and offers tax breaks to foreign exporters that help lure much-needed dollars to the economy.

Ernst & Young, which has an office in the capital Addis Ababa, forecasts FDI into Ethiopia will average $1.5bn each year for the next three years and predicts the country will rank among Africa’s top four manufacturing hubs by 2025.

Zemedeneh Negatu, head of transaction advisory services at E&Y, said his team had seen “a big surge” in dealmaking since 2011, including from the US and Europe as well as China, Turkey and India.

“Ethiopia is fast becoming the ‘must-visit’ destination for virtually all private equity funds with an emerging market focus,” he said, adding that although most deal sizes come in below $75m, he is currently working on one worth $1bn.

Since the first private equity fund set up in Ethiopia just seven years ago, more than half a dozen have opened, investing in everything from coffee and cement to wine and biscuits.

US private equity groups KKR and Blackstone have both recently backed deals in the country, in floriculture and infrastructure respectively. Europe’s Unilever is building a factory, while last month, India’s largest paint-maker, Asian Paints, entered the market through the acquisition of a local manufacturer.

Mr Fitsum said the FDI figures do not include a reported $2bn investment by China’s Huajian, the world’s biggest shoemaker, whose relocation to Ethiopia in 2012 sparked widespread interest in the country as a new manufacturing base. Since then, it has decided to build its own industrial park rather than rent, and will expand its existing Ethiopian workforce to 30,000 in the next few years. FT