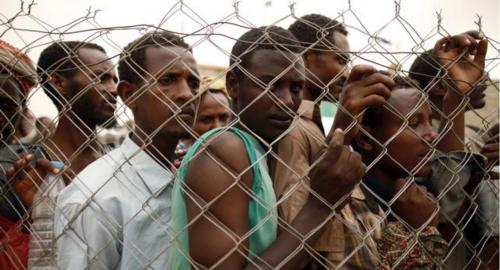 Djibouti (HAN) April 29, 2015 – Public Diplomacy, Regional humanitarian Security News.Ethiopia is drafting a new law to stiffen punishments for human trafficking in an attempt to stem a wave of dangerous migrations to Europe, the Ministry of Justice said.

Ethiopian officials said they are working through their embassies in Khartoum, Sudan, and in Cairo to bring migrants back home. The Ethiopian ambassador in Egypt, Mohammed Dirir, said more than 190 Ethiopian migrants in the Libyan cities of Tripoli and Benghazi have so far registered to return home. 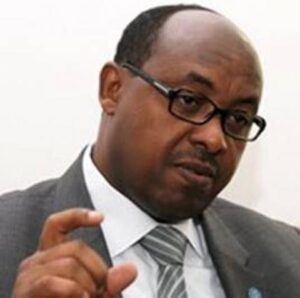 “We are also working with local authorities to secure the release of 40 Ethiopian migrants that are currently in a prison called Koyfiya around Benghazi (Libya),” Dirir told state-affiliated Fana Broadcasting Corporate.

The Ministry said human smuggling is increasing alarmingly despite measure taken previously by the government against people involved in trafficking people.

“The main reason for this is measures taken against individuals that are involved in human smuggling have not been severe enough,” Minister of Justice Getachew Ambaye told Fana. “We have established that smugglers are responsible for the current rise of migrants from the country.”

Ethiopia’s current laws stipulate prison terms ranging from five to 20 years for crimes related to human smuggling and a maximum fine of $2,500.

“These law provisions don’t go in line with the level of crime that is being committed by the smugglers so we are drafting a new law that will have severe terms,” Getachew said.AP