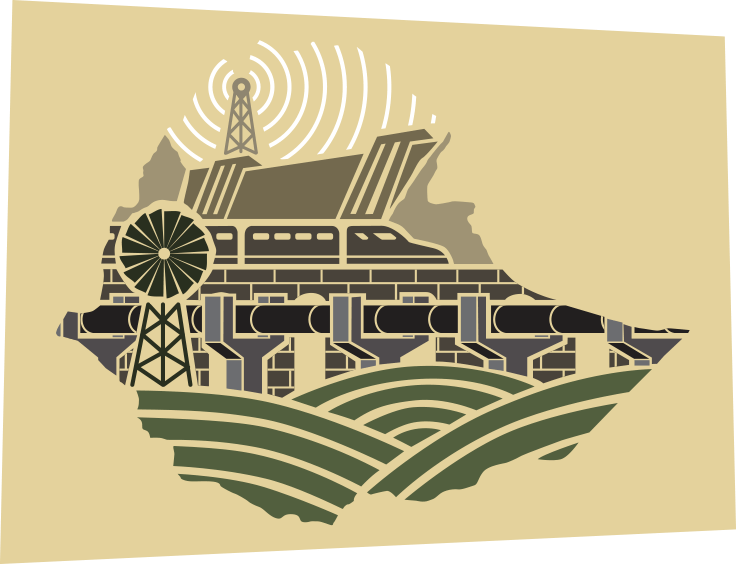 ADDIS ABABA (HAN) October 19, 2015 – Public Diplomacy and Regional Investment Initiative News.BY GIRMA FEYISSA  When the news of government sending invitations to members of the opposition parties that are not represented in the parliament for discussion, many found it intriguing and could not believe what was written in the letter. But it was true and clearly written with an 83-page attachment. Before going further, though, we should open up the curtain and try to discern between the so called opposition parties and identify the genuine from the simulation. About 20 of them were present at the conference, except those prominent ones who made it unequivocal in written response that there are matters to be ironed out prior to the discussions on the five year Growth & Transformation Plan (GTP), past or present.

We may look back at the much orchestrated election campaign and recall a few of the deciding moments. While the ruling party had understandable magnanimity in the context for publicising using every mode of communication, print and electronic, the time allotments for opposition parties were disproportional. The ruling party had the lion’s share. Despite the few minutes allotted to them, members of opposition parties had been able to deliver what voters yearned to hear once in every five years.

Another defining moment was perhaps the open support displayed by an avalanche of supporters who were receiving the contestants’ gushing out for miles in advance. Many believe that the members of the National Electoral Board of Ethiopia (NEBE) and an assigned force had to change tactics. Hence, the results that topped elections anywhere in the world. A senior advisor to President Obama could not but explode in laughter when the story was heard in public.

The other defining moment was the occasion of the report made by the African observer mission which noted out that of the 56 or so stations observed, 23 of them were not made accessible for inspection in the forms they should have been; thus, lending to the process, some ambiguity. If we are to believe the complaints made by some contestants, there were cases of dumping votes in rest rooms to invalidate them. And yet the head of the NEBE had witnessed that there were many votes in favour of some opposition parties even if they could not surpass those of the ruling party.

Whether or not it was the result of sheer fear of a non-existing threat of ethno-politics on the part of the government or whether it was the result of fear of spying counterparts or some manipulations of voting slips, the ruling party and affiliates winning of all 547 seats in the parliament was a foregone conclusion. We cannot slide back into what has turned all the promised rhetoric down on its head.

As citizens of the nation, we simply cannot sit back and watch passively because each one of us has an axe to grind in national matters.

The Prime Minister has invited political parties for discussion of the launching of the second GTP. Some of the opposition parties could not be convinced about the legality of their invitation, because accepting the invitation would be taken as accepting or recognising the validity of the election process and the way all the seats were won.

Ethiopian politics goes beyond election procedures. A parliament where national issues cannot be diligently discussed and debated is going to prove to be a national liability, following an election which cost the taxpayers in millions.

The topic presented for the joint discussion is not restricted to political parties only. It rather is an issue that concerns all, even those without the partisan bias of political units.

As such, the context within which the Prime Minister’s first public address was made, was expected to touch upon subjects and burning issues citizens would yearn to listen to.

Now that the PM is assured of confidence in his leadership out of the shadows of somebody else at least for the next five years, he was supposed to speak about the essence of Parliament as a safe haven for human rights, a subject that is making the image of Ethiopia vulnerable in the eyes of potential investors and tourists.

The challenges of his position are diverse and many. Efforts that he would start the reform right from the core of his government should have been among the first priorities. His decisions to shake up the Judiciary, the release of the law abiding citizens unlawfully languishing in prison cells, and freedom of expression, be it in writing or other ways, would have been burning issues to which people would have lent ears and attention.

The PM should have spoken about his determination to take efficient and well-deliberated actions to listen to people’s complaints about the rising cost of living, delays in the judicial system, and other complaints concerning property owning and renters.

There is nothing wrong in picking up past experiences from past regimes. The political units could be people-focused and at the level of the people. There were experiences for Kebele communities to meet and discuss problems and examine solutions and ways of consolidating solidarity amongst people living in close proximity.

Ethiopia’s geopolitical location and fast changing socio-economic global changes make it imperative that all intellectuals worth their names and salt should handle politics very cautiously. The House of People’s Representatives (HPR), being the supreme power of the nation, is supposed to embrace participants who could handle disputable thoughts that match the world’s political trends.

These issues cannot be shifted to or loaded on the shoulders of the PM and his cabinet members. An active and virile parliament where issues can be debated very thoroughly is very vital.

But that is not to be. We have regrettably already observed that the House is being made a comfortable dormitory, or at least a place where active debate is not initiated. This was not what was expected after 25 years of political journey.

The most vital issue of priority, therefore, is to transform the former freedom fighters into fighters for democratic freedom on a national level. This means fighting for truth and trust, differentiating between military muscle and intellect. That will be the day!