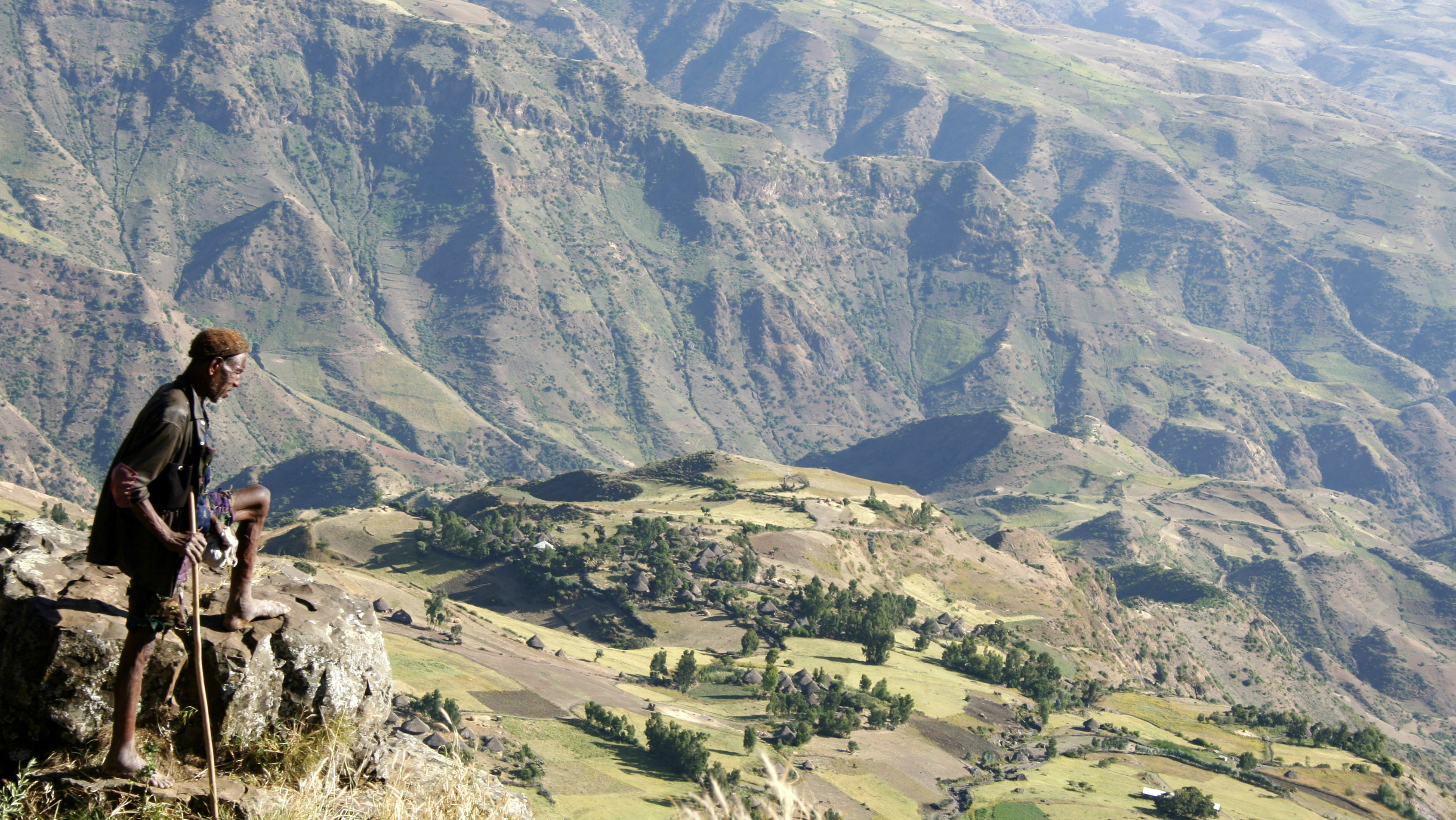 ADDIS ABABA (HAN) August 30.2016. Public Diplomacy & Regional Security News. By Zeraye Hailemariam. Ethiopia is among the oldest independent states with more than 3000 years of history. It also remained independent during the scramble of Africa and the resulting colonization of the continent by European powers and hence has preserved its historical traditions and values intact. Besides possessing numerous man-made and natural tourism attractions, the country is believed to be the cradle of humankind, as it is the founding place of Lucy, a 3.2 million-year-old member of Australopithecus afarensis. This makes it among the top tourism destinations in the world.

For example, CNN’s Sophie Eastaugh said the following points regarding Ethiopia’s tourism attraction on her July 17, 2015 report. “You would be forgiven for thinking it was Spain, Thailand or Italy. But this year the accolade of World Best Tourism Destination has been given to a surprising candidate: Ethiopia.

“The country has been praised for its outstanding natural beauty, dramatic landscapes and ancient culture, leading the European Council on Tourism and Trade to select it out of 31 countries as this year’s top holiday spot”.

The number of people who visited the country has increased by 10 per cent over the last decade, according to the Ethiopian Ministry of Culture and Tourism. Last year, more than 600,000 tourists visited Ethiopia, attracted by its beautiful national parks, 3,000 year-old archaeological history and nine UNESCO world heritage sites.

Tourism contributed an estimated 4.5 per cent to the country’s GDP last year, generating nearly a million jobs and over two billion dollars in revenue, according to the World Bank.

The Ethiopian Tourism Organization has predicted that one million tourists are expected to visit Ethiopia this year. The Ethiopian Broadcasting Corporation also mentioned in its (EBC, July 26, 2016 news report that the number of tourists visiting the country this year is expected to hit one million, doubling the number of visitors from just three years ago. It is already stated that more than 750,000 tourists visited this year enabling the country earn more than a billion dollars besides creating millions of jobs at home.

Ethiopia’s ancient Orthodox Christianity has endowed the nation with thousands of churches and monasteries, some of them enshrined as UNESCO World Heritage Sites – the most notable one being the rock hewn church of Lalibela. A succession of empires and kingdoms also added medieval forts, palaces and tombs like the Gondar citadel and the towering stones of Axum obelisk.

“Tourism had been on the back burner for a long time,” says Solomon Tadesse, CEO of the Ethiopian Tourism Organization (ETO). “The country was going through major changes and the government’s priorities were health, education, communication.”

A tourism transformation council was established to provide direction to the industry and the ETO was created to handle marketing, promotion and product development.

The tourism push coincided with a massive upsurge in foreign investment from China, India, Turkey and other nations that boosted GDP with an annual growth rates of around 10 per cent. Addis Ababa is in the midst of a building boom that includes a massive expansion of Bole International Airport and a number of new hotels. With the Ethiopian economy going like gangbusters, tourism is slowly but surely moving to becoming on of the most lucrative sectors.

The national capital has a new light rail system (the first in Africa) and the Chinese has undertaken the 4-billion USD task of rebuilding and modernizing the old railroad line between Addis and Djibouti. A brand new superhighway whisks traffic through the Great Rift Valley south of the capital while a nationwide road improvement campaign is rapidly improving land transport between other major cities.

Provincial capitals are getting new airport terminals. Celebrating its 70th anniversary this year, the national air carrier is in the midst of a massive expansion that includes the latest Boeing and Airbus aircrafts. The route network is also growing, with New York, Los Angeles, Tokyo, Dublin, Cape Town and Manila added since early 2015.

With more than 400 hotels and massive infrastructure improvements throughout the country, Addis Ababa is ready to accommodate considerable number of tourists as per their interests. Construction of new hotels is also well under way in the other places. Addis Ababa-based Jacaranda is developing luxury properties on the shores of Lake Tana near Bahir Dar, on a hilltop above the ancient stele of Axum, on Simien Mountains National Park and overlooking historic Gondar.

The tide is turning for Ethiopia’s tourism industry, as the Ethiopian Ministry of Culture and Tourism recently announced it plan to triple the number of foreign visitors, to more than 2.5 million, by 2020, with an ultimate goal of making Ethiopia one of Africa’s top five tourist destinations [by 2020 says a journalist from Daily Mail.

The second Growth and Transformation Plan II (GTP II) is being successfully implemented and it is believed to make Ethiopia among lower middle income countries. The massive construction of railways with the aim to connecting remote towns, villages with the capital is expected to make land transportation more efficient and comfortable and hence instrumental to attracting tourists. The modern road and express way construction are also another assets in attracting tourists who are interested to visit the country’s tourist attractions. State-of-the-art hotels that are being built by foreigner and local investors are also another ways of solving the difficulties faced by tourists who want to visit the country. What make GTP II instrumental for the development of the tourism sector is because of the fact that it is aiming at lifting the country from poverty and transforming it into a middle income country by constructing modern infrastructures, increasing agricultural products and creating stable macro economy. This is believed to create conducive environment for doing business, attracting potential investors and tourists. If it is managed to achieve these lofty goals, it would make it possible for the Ethiopian Tourism Commission to implement the plan to attracting more than two million tourists and creating million jobs by 2020. That is an ambitious plan yet feasible.

In concluding remarks, Ethiopia must speed up and upgrade infrastructural and modern hotels development, as well as public relations activities and promotion to realize the plan of improving the contribution of tourism to the national economy. The political stability must also be maintained. If these activities are accomplished successfully, then the tourism sector will become one of the pillars of the policies and strategies set by the government to defeat poverty, realize development and deepen the democratization process going on in the country.

Then what must be done is a massive public relations activities as done by other countries that are successful in promoting their tourism potential to the global communities and managed to attract large number of tourists and hence earn billions of dollars every year. The best examples in this regard are countries like Thailand, Japan, Kenya, Egypt etc. to mention few. This is very essential as Ethiopia prides itself of establishing a reputation as one of the most stable countries in Africa with unique natural and historical tourist attraction sites which have some 5000 years of history.