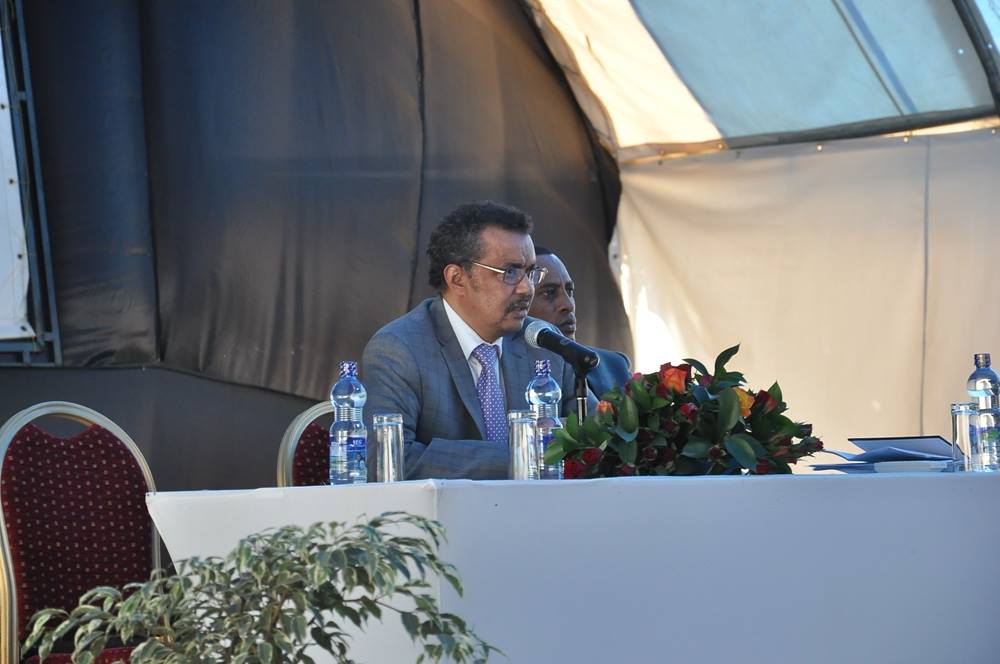 Meanwile: Ethiopia signed US$600 million financing agreement with WB for the implementation of the fourth Productive Safety Net Program on Friday (October 31). The agreement was signed by Sufian Ahmed, Minister of Finance and Economic Development, and Guang Zhe Chen, World Bank Country Director for Ethiopia.

The Minister said the program which has now been operating for ten years had benefited many farmers. It not only provided day-to-day support for the needy but also played an effective role in enabling them to improve their situation and secure assets.

Implemented over the years, the program had succeeded in lifting over 6 million Ethiopians out of poverty, the Minister said. The last three phases of the program had successfully graduated many farmers from the program as they became self-sufficient. Mr. Chen said since its launch nearly a decade ago the program has made remarkable contributions not only to food security and Ethiopia’s progress in meeting many of the MDG goals, but to reversing land degradation. The PSNP had played a key role in mitigating the risk of economic and climate related shocks, he said, by introducing soil and water conservation activities, small irrigation, and integrated watershed management.

Mr. Chen also noted “None of this would have been possible without the vision and strong commitment of the Government.” This had been clearly demonstrated by the provision of close to US$ 500 million from Ethiopia’s own resources to the PSNP over five years. This, he said, set a standard for other African countries to match. It was also “an important step towards a long term and sustainable safety nets’ system for Ethiopia.”

Photo: Ministry staff and management on a get-together session after the orientation session