Home Ethiopia Ethiopia: Over 140 Trucks, Explosives Concealed in a hideout By TPLF 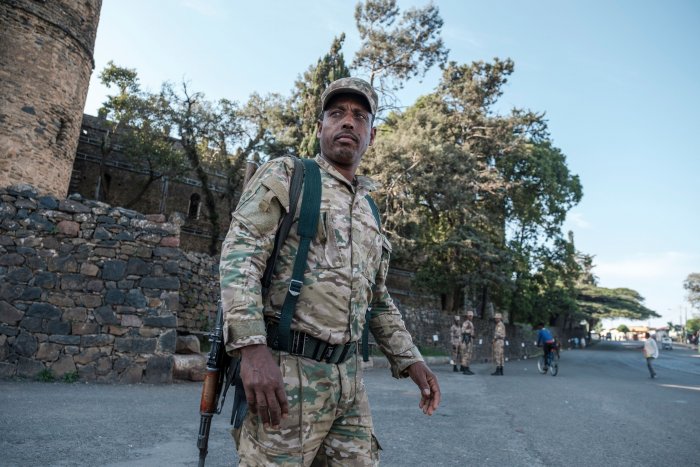 Addis Ababa, December 14, 2020 – National Defense Force has uncovered more than 140 trucks a number of explosives and shells the TPLF Clique concealed in Central Tigray Zone particularly in a hideout in  Chila woreda.

Commander of the 3rd Brigade of the 11th Division, Colonel Yasin Nurye said the trucks have been found in a hideout named Serefref loaded with weapons and other military logistics.

Colonel Yasin attributed the seizure of the hideouts to through law enforcement operation carried out by the National Defense Force.

Commander of 1st Brigade of the 11th Division, Colonel Yaregal Mekonnen, to his part, said the area has been fully liberated from forces of the TPLF Clique and day to day activities of the people restored to normalcy.

He added the army is working hard to maintain peace and security of the people in the region.