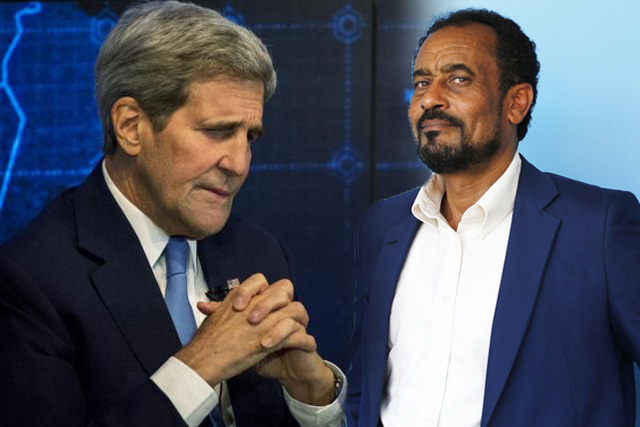 On behalf of the Oromo Studies Association, the Board of Directors, Executive Committee and the membership of our scholarly organization, we are sending this urgent request that the U.S. Department of State, under your able leadership, use its significant influence with the government of Ethiopia to save the lives of Bekele Gerba, Deputy Chairman of Oromo Federalist Congress (OFC), other senior members of that organization and their fellow prisoners at Qilinto prison near Addis Ababa. These are entering the tenth day of a hunger strike joined to bring to light the deplorable conditions at the prison and the excruciating injustice inflicted upon the prisoners. Several of them including Bekele Gerba collapsed into unconsciousness on July 26, 2016. Today it is reported that those political prisoners, who were already in a very fragile condition are dangerously weak and deteriorating.
We ask that you use the good offices of the US State Department to gain access to Bekele and the others directly or through the Red Cross, to investigate the prisoners’ condition, interview them and to witness the conditions that have driven them to take this compelling coordinated action.

Bekele Gerba himself is highly respected and greatly loved among the Oromo and Ethiopian peoples as a humble man of courage and devotion to the plight of the oppressed. He is deeply committed to nonviolence and has translated the speeches of Martin Luther King, Jr. into the Oromo language. As keynote speaker at the last OSA conference, held at Howard University, August 1-2, 2015, Bekele Gerba left a lasting impression on our members with an inspiring and memorable message. A focus of the conference were the ongoing forms of resistance emerging in direct response to the ruling party’s policy of removing millions of Oromo farmers from their ancestral lands without their participation, agreement or compensation. Bekele Gerba urged the Oromo people to follow a course of nonviolence in response to the injustices they experience at the hands of the Ethiopian authorities. This address was the highlight of that event.

His presence and his message concerning the paths to peaceful democratic change in Ethiopia had an impact beyond our expectation and provided a historic and lasting contribution to our scholarly organization. We remain committed to find ways to sustain the development of knowledge that makes it possible to create understanding and ensure the wellbeing of the Oromo and other peoples in Ethiopia and the Horn of Africa. Bekele Gerba upheld his commitment to nonviolent peaceful protest and worked with members to open doors of cooperation between groups fully devoted to developing forms of mutual support in the region.

Upon the completion of the conference Bekele Gerba traveled to several US cities at the invitation of members of the Oromo and other Ethiopian diaspora and American communities. He inspired his audiences with a consistent message of nonviolent struggle for promoting respect for human rights and democratic governance in Ethiopia. He gave interviews in a wide range of media – in English, Amharic and Oromo languages. His interviews (including to Michele Keleman of National Public Radio and Periscope program of Al Jazeera American TV) stressed the importance of consolidating democratic governance in Ethiopia. It became clear that Bekele is loved and respected by millions of Oromo and other Ethiopians around the world as a man of vision, integrity and courage.

Many of us who admire Bekele Gerba’s leadership in advocating nonviolence in Ethiopia are deeply concerned about his well-being and the fate of others who are imprisoned there. OSA members are apprehensive about whether Bekele Gerba and his colleagues will receive adequate care either in prison or in a hospital, and horrified at the thought that harm might befall him and his colleagues.
Under the circumstance, we request you to take the following practical measures to spare the lives of political prisoners who have been on this hunger strike for ten days now.

· We request that the United States urge the leaders of the Ethiopia government to provide immediate relief for the conditions that drive them to this point and offer life-saving medical care for Bekele Gerba, his colleagues and the other prisoners at Qilinto.

· We ask that the U.S. Department of State under your leadership apply its enormous political, economic and diplomatic influence on Ethiopia to effect the release Bekele Gerba and his colleagues.

· We request that the State Department urge Ethiopian government leaders to respects their own constitution, release all political prisons currently in detention and bring an immediate halt to extrajudicial killings and arbitrary arrests of innocent people who face prolonged detention without trial.

Finally, we appeal to the US State Department to employ its considerable influence and diplomatic prowess to encourage a political environment conducive to respect for of the rule of law and inclusive government in Ethiopia. We earnestly believe that as America’s top diplomat and principal voice on international issues, you have an extraordinary opportunity to encourage policies that alleviate the incredible suffering of the Oromo and other people in Ethiopia in the long term. In the current moment, the most effective action to that end is to highlight the plight of Bekele Gerba, man of peace whose life and legacy is precious to us, and the plight of his fellow prisoners, and to intervene on their behalf with those who hold Bekele in custody. We appreciate your interest in their well-being.
Sincerely,