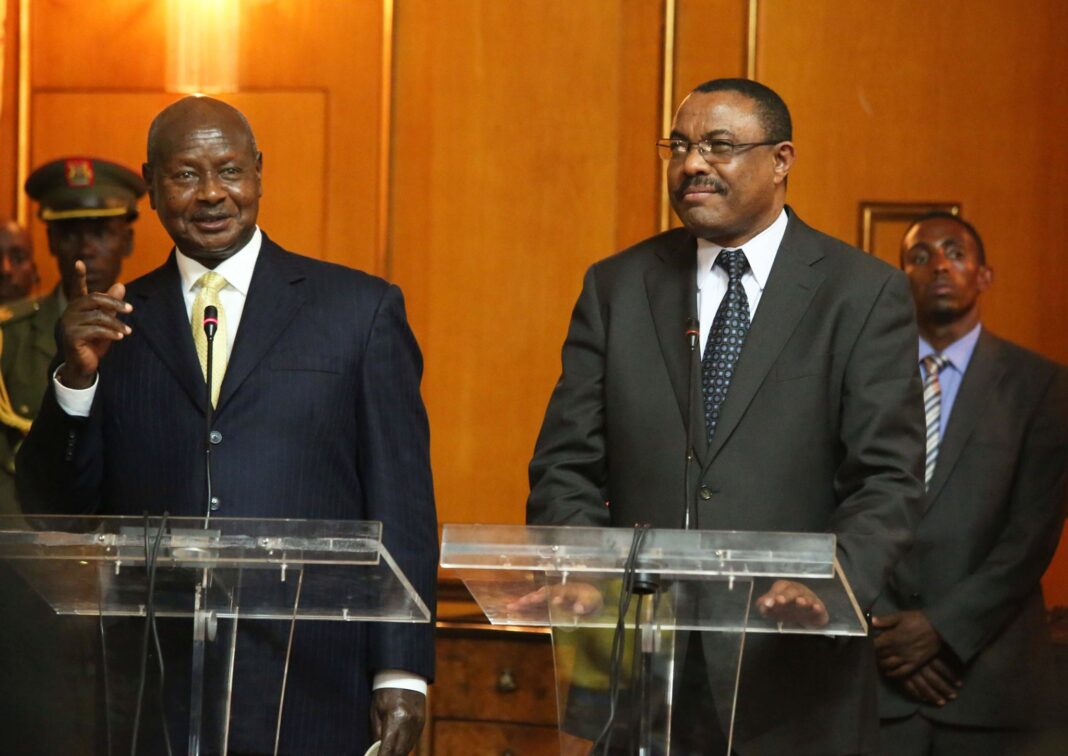 During his visit to Arba Minich town, President Yoweri kaguta Museveni expressed his gratitude to the people of Gamo Gofa for the warm welcome accorded to him and his delegation, adding that this was a solid proof of Ethiopia’s unique hospitable culture. President Yoweri kaguta Museveni also said that the southern part of Ethiopia shared numerous commonalities with Uganda in terms of language, culture, music, dance and geography and promised send a team of anthroplogists to study the commonalities. Senior government officials from Uganda underlined that both countries needed to pool and share their strengths to deepen their cooperation to speed up their journey towards regional peace, stability and prosperity.

They expressed Uganda’s readiness and will to work together with Ethiopia and encourage people-to-people relations to enhance the bilateral ties. On the occasion, Foreign Minister Dr. Tedros Adhanom, underscored that expediting investment and trade ties through massive infrastructure projects ought to be scaled up by a concerted action of both countries. He stressed that Ethiopia, Rwanda and Kenya needed to coordinate in infrastructural links from Mombasa to Kampala so as to improve intra-African trade.

The Foreign Minister also promised that Ethiopia would extend its support to the success of the study intended to be undertaken by Ugandan delegation of specialists in anthropology.