Home Ethiopia Ethiopia: The Olympics and Ethiopia – A Strong Bond of Love, Passion 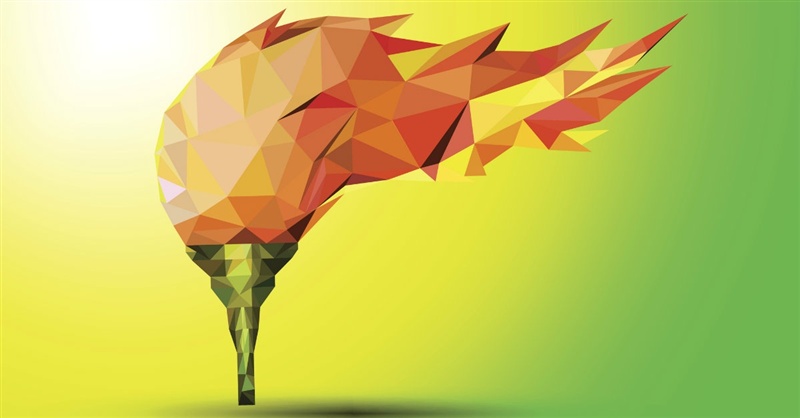 ADDIS ABABA (HAN) August 5.2016. Public Diplomacy & Regional Security News. By Fitsum Getachew. The Olympics and Ethiopians are linked almost in a proverbial manner through a long cord that runs miles and miles long. For most athletes anywhere in the world, the Olympic arena is a place where the issue of ‘to be or not to be’ is raised high and pondered on. If an athlete does not shine at the Olympics or at least make a respectable performance, he or she better not call themselves full-fledged athletes. In short, the Olympic Games remain the greatest of all podiums for any athlete whatsoever.

Ethiopia’s Olympic history begins with Melbourne in 1956. Since then, her participation has continued to grow and glow, becoming more and more splendid with outstanding successes and a long train of gold medals; so much so that when Ethiopian athletes finish second in some competitions, they would dare be disappointed. At times, this also results in strong criticism on the athletes. Such judgements are of course nothing less than preposterous as they fail to consider the multiple factors that add up to determine the final results. It seems to forget that races are there to be won or lost depending on a plethora of motives and circumstances, not least the atmospheric conditions, the track conditions besides of course the conduct, experience and special skills in the final second of the race of each and every athlete contending. Without all rounded and adequate analysis of the cases, conclusions tend to be only too emotional and tend to break the peaceful link between the spectators and the athlete.

Ethiopia has been consistently participating at the Games, at times notwithstanding serious economic constraints. It has always lifted high up the Olympic spirit, even resorting to boycott when circumstances dictated up on them. This is because political solidarity at certain occasions may become inevitable. Such seemingly indissoluble bond has come to be built between the Olympics and Ethiopia during the subsequent years following Melbourne, especially in the aftermath of the conquest of the first Olympic gold medal ever by an African athlete: the legendary barefooted Abebe Bikila.

It is clear that such epic triumph served as the foundation for the successive achievements and glories that Ethiopians are proud of. Having one’s flag hoisted high up at an Olympic venue is a dream that all nations may cherish but only few are lucky to achieve this honour. Out of more than 200 participating nations only around a third had the chance to have their flags hoisted at the winners’ podium at the Games and many, only for the second or third spot. To win gold and have one’s national anthem sung is yet a bigger trophy. Ato Yidnekachew Tessema, the beloved and much missed sports minister here, has once characterized his joy over Abebe Bikila’s triumph at the Rome Olympics in 1960 as the ‘happiest day of his entire life’ that made him forget his coat in one of Rome’s hottest summer days! He was so thrilled that he did not even feel the torrid heat of Rome and uncovered himself!

Of course, Abebe’s victory has gone down in history as Africans’ pride and gained applause in every African nation. From that moment on, the barrier between Africa and Gold medal at the Olympics was completely put down because it showed that any African can achieve that even with, even barefooted.

South Sudan, the world’s newest nation also aspires to sit at the golden table when it participates at the Rio Olympics in days. A whole nation is enthusiastic about the event despite the curse of civil war still hangs on the neck of the nation. Abebe Bikila has inspired generations and he has passed the baton to Mamo Wolde, again victorious at Mexico City in 1968. This was the stepping stone for more victories by Miruz Yifter ‘the gear shifter’, and in more recent times the phenomenal and the one and only one Haile Gebre-Silassie.

Arguably Haile is the most successful athlete of our time and history books will always remember him for the almost thirty new world records registered in all competitions, from the indoor short distances to the marathon across a life span of two decades or more. This may have made Haile the most enduring athlete with the most outstanding results because some athletes may shine for a season or even just in one contest, but few if at all can do so repeatedly and with consistency for years and years as has done Haile. That is why he is revered as a true Ethiopian ambassador.

Going into the streets and celebrating the victories of our athletes began during the days of Abebe and then continued with Miruts, Haile, Derartu, Fatuma, Gezahegne, Kenenisa, Tirunesh Dibaba, Messeret Defar etc. Ethiopians first began by applauding the unexpected and shining victory of Abebe with extreme admiration and pride. Since then, the sentimental link between Ethiopia and the Marathon was to be cemented on concrete grounds. When four years later, Abebe repeated his triumph in Tokyo, the world was literally stunned and Ethiopians exhilarated. Hundreds of thousands of people took to the streets to celebrate the triumph, and when Abebe returned home, he was accorded a hero’s welcome including a triumphant entrance to the revered Emperor’s National Palace where he was awarded a golden ring.

Since then, the victory on long and medium distance races has become a glowing speciality of Ethiopian athletes. Foreign sports commentators always expect something extraordinary from them. Ethiopians are considered golden children, followers of Abebe, the ‘standard bearers’.

Today, not only do athletes train, compete, win and become national heroes overnight, but they also acquire huge economic benefits. Today, they need professional managers to run their busy schedule amid several competitions, sponsorship deals and commercials and as well as long and short term scientific training. They have highly qualified doctors, physiotherapists and psychologists who constantly watch over their muscles, tissues and nerves. Besides, the athletes help brighten their country’s international image and their compatriots can have something to be proud of. Such is the case not only with poor countries, but also with the rich ones who when they find themselves trailing on the medals list behind the unknown and not fancied nations, they can hardly hide their ’embarrassment’. They begin to wonder that something must have gone wrong. Some even campaign to lure athletes from well-established countries such as Kenya to change their nationality and compete for them; and this has happened even to our own athletes who at times have had some disillusionment or discontent with the way things have been run at Athletics Federation.

Hence, the glory at the Olympics is so brilliant that no nation can afford to completely disregard it, even with all the excessive commercialisation, the ruthless competition among sponsors, and still worse, the scandalous doping cases that have constituted the biggest threats for the whole Olympic and sports activities in the world.

As new means of doping arises, new means of disclosing has become a necessity. Otherwise, the mentality that the whole system is rigged and governed by high commercialization will destroy the sports. It will discourage the athletes and kill all their perseverance. The recent scandals related to systematic and prolonged doping has been dominating the headlines and countries such as Kenya and Russia have been on the spotlight amid allegations of state sponsored doping and cover ups with persistent accusations and counter accusations. Some may link this with political motives. But beyond that, it is not good for the Olympic spirit. The International Olympic Committee needs to clarify things and every shadow of mistrust and suspicion must be cleared once and for all because it casting doubt on the authenticity of any of the results of the past several years!

Whatever the case, we Ethiopians want to show the world that we are clean and that anyone involved would ruthlessly be treated by risking outright dismissal from all competitive sporting events despite the level of reputation the athlete may enjoy.

A harmonious atmosphere amid the Ethiopian athletic squad is imperative for any success that we aspire to achieve. The full and detailed results of the anti-doping authority are awaited. This case has to be fully cleared soon. The Federation should avoid all forms of suspicion and doubts in a transparent and fair manner in the interest of all those who have nothing to do with doping. Such a move would protect ‘one of the best things in Ethiopia’ from being shrouded in black or vanish in thin air. Otherwise, the moral fortitude of the future generation of motivated and committed athletes would be at risk of being, to say the least, undermined.

It is easy to guess that had we not had the phenomenal Abebe Bikila, we would not have had MirutsYifter, the ‘shifter’, and if we never had Miruts, we would probably never have had the legendary Haile Gebre-Selassie! And we know what Haile means to Ethiopian youths. We know he gave birth to Kenenisa, his younger heir! Without super athlete Derartu, we would not have had Berhane Adere, Tirunesh Dibaba and Meseret Defar! Hence, the chain of glorious tradition, the handover of authority and glory from one athlete to the other and the inspiration to the youths continues unabated. The ‘human factor’ is irreplaceable! No amount of investment alone can bring forth such ‘victorious tradition’ and we need to continue with it with more resolve and commitment.