Home Daily Security Briefing Ethiopia: Obama Trip to Ethiopia and it's Impact to the Region 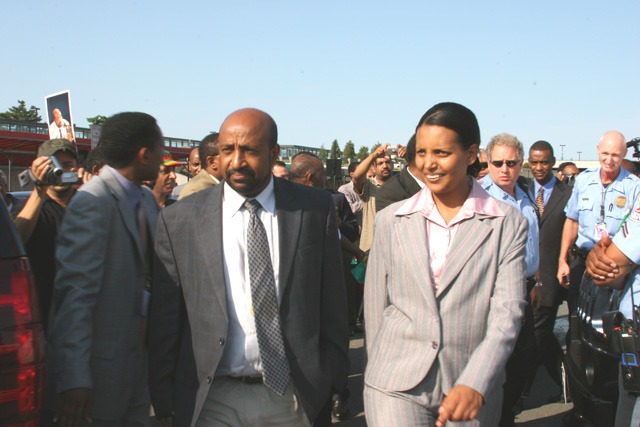 New York (HAN) July 24, 2015 – Public Diplomacy and Regional Security Initiative News – By Zeru Hagos (Ethiopia Herald).  The Horn of Africa after World War II has been in turmoil ever since the colonialists left the area. The subsequent division of Somalia between Great Britain and Italy is the source of all evils in Somalia today.

Somalia since then has been mired in turmoil except for a brief period during the ironclad rule of Ziad Bare. Ethiopia lost its northern province(Eritrea) to Italy due to an ill informed agreement between Emperor Minilik of Ethiopia and Italy. After Italy left the area, Ethiopia too was involved in a 30 year long civil strife. The Sudan has been mired in north south civil strife ever since the British left.

Against the above background, there was hope for peace in the region when Ziad Bare’s regime was removed from power in Somalia and the EPRDF overthrew the Derge from Ethiopia. Though a flickering of hope dawned in the region in the early Nineties it was short lived. Events since have not been as desirable as one wants it to be in the region. And there is a reason for it.

After a thirty-year bloody war, the Eritrean rebels managed to secure their independence from Ethiopia following a referendum in 1993. However, since Eritrea became independent its people were denied their freedom by the government of Isaias Afeworki. They are still yearning for their freedom! The one-man regime in Eritrea has squandered the country’s resources to fuel civil strife and war in neighbouring countries. Recently released news puts Eritrea as the six most in debt countries in the world. No one but Isaias Afeworki knows for sure where the money has gone which resulted in causing the country to have low ranking. But there are some pointers that give us a clue.

The UN monitors assigned to investigate the Eritrean regime’s involvement with Al-Shebab of Somalia and its aggression against Djibouti has produced a lengthy report on the regime which suggests the regime being involved in supporting Al-Shebab. Djibouti, Ethiopia and Somalia governments think the regime has been helping and supporting the terrorists group Al-Shebab and other Ethiopian rebel groups.

It is an open secret that today the Eritrean government Ethiopian oppositions who are determined to take power by the barrel of the gun. As recent as yesterday there is a widely circulated report that Dr. Berhanu Nega a US legal resident, if not a naturalized citizen, is in Asmara to coordinate and lead armed forces against Ethiopia from a base in Eritrea. The Eritrean regime is also the number one suspect behind one faction of the South Sudanese rebel group which is murdering and raping innocent civilians.

The trip of Dr. Berhanu comes days before President Obama is to visit Kenya and Ethiopia. Ethiopia and Kenya are wary of the potential terrorist plot that the likes of Al-Shabab, Shabia of Eritrea and Dr.Birhanu Nega are plotting. The Eritrean regime in the past has tried to derail Ethiopia’s peace during such huge events.

It is worth noting that if there is any terrorist event in Ethiopia in the next few weeks it is to shame the country for hosting the president of the United States. It is worth to note also, if any terrorist event happens Dr. Berhanu and his armed wing will be the primary suspects since it is public secret that Dr.Berhanu in the past has said it will use any means necessary to topple the government of Ethiopia.

The question is did Dr. Berhanu, a legal resident of the USA, go to Eritrea to start war while President Obama is visiting the area? Will the one-man regime in Eritrea survive its latest transgression of Ethiopian sovereignty and peace for long?

The Horn region is in dire need of peace. Ethiopia as the most populous and stable country should play its role. As much as it has promoted and helped the peace in Somalia it needs to do likewise in Eritrea. The Eritrean people need freedom and peace. Northern Ethiopian residents need peace.

The USA should encourage Ethiopia to promote democracy more than it is doing but it should also help Ethiopia in safeguarding its peace and that of the region. The USA should not babysit rogue regimes like Isaias Afeworki’s regime. The USA should not give legal protection to people who promote war and mayhem and terrorist act. There is no legal or moral ground to protect people like Dr. Berhanu who are openly working to destabilize a sovereign country. 2015 The Ethiopian Herald