Home Eritrea Ethiopia: Not the first time Eritrean troops have marched on Axum 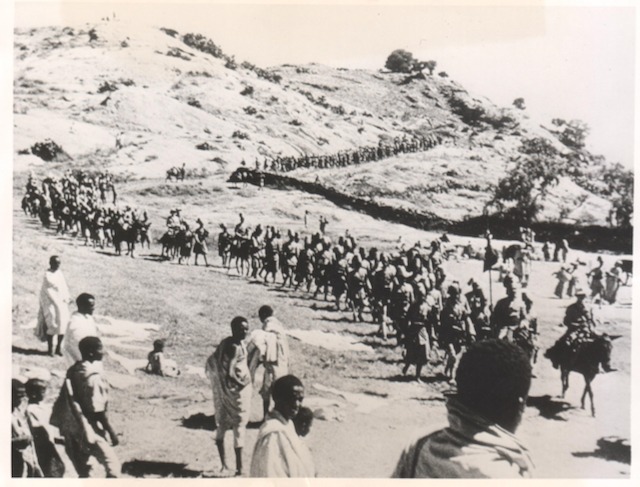 A photograph dated November 1935 is a reminder to us all of a distant invasion of Ethiopia.

Original caption: “After Adowa – the march on Aksum” dated 5 November 1935

This commemorates the start of the Italian invasion of Ethiopia in what is today called the Second Italo-Ethiopian war.

The Eritreans who marched behind the Italian flag were askaris – recruited by the Italian colonisers.

The invasion of Ethiopia in 1935 involved some 300,000 Italian forces. They were supplemented by Eritrean some 60,000 askaris.

The activities of the askaris were celebrated by the Italians in a series of postcards.

These events are – of course – long in the past. But the massacre in Axum in November 2020 carried unfortunate echoes of these historic events.