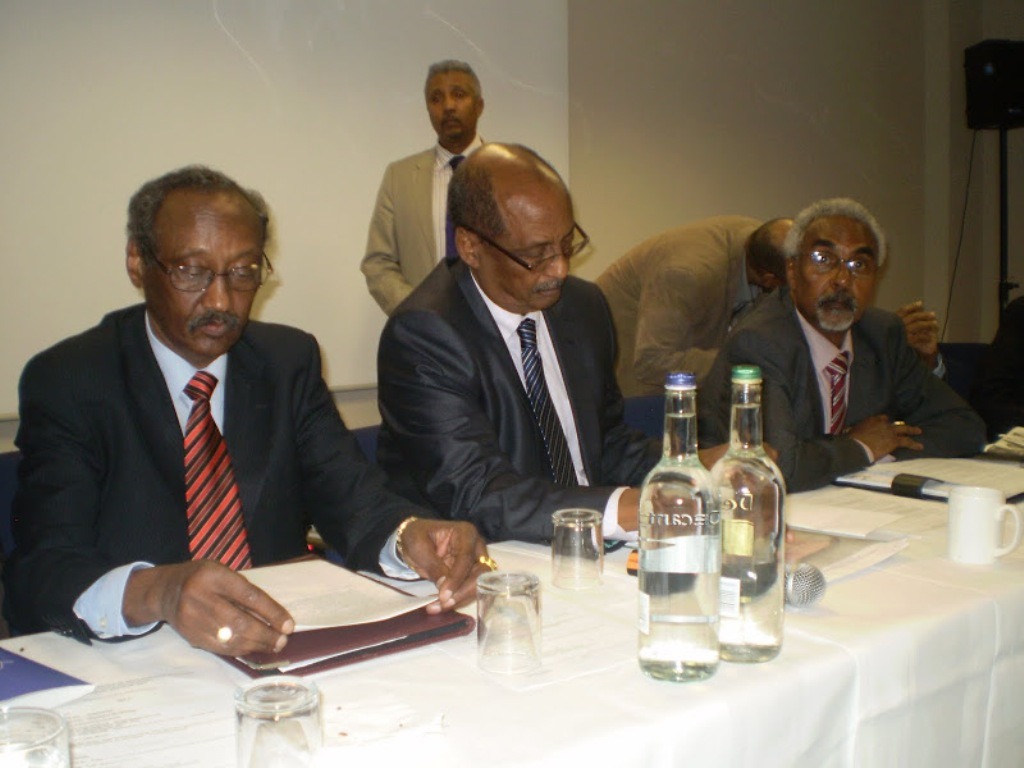 HESPI managing director, Dr. Ali Issa Abdi said the conference was the first of its kind despite the fact that federalism had been on the political agenda of Somalia for a long time. He noted that many in Somalia believed that federalism would break up the country by ‘balkanizing’ the nation while many others believed it was the panacea to Somalia’s intractable problems of governance and its previous state collapse. He said the debate between the two sides had been acrimonious and far from civilized. It was, however, important to have a sober discussion to reconcile differences.

Ambassador Ahmed Abdisalam underscored the role of experts in helping Somalis come to common understanding on issues of federalism through a dialogue based on ‘nuanced understanding’ of the subject, though he also emphasized that “the expert’s role is facilitating the discussion , discussing the way forward is solely the task of the people of Somalia”. Ambassador Mohammed Afey noted that that pluralism continued to be a subject that even western countries still grappled with. He hailed Ethiopia’s bold steps in recognizing self determination and federalism in its constitution, pointing out that peace and stability had followed the coming into force of the constitution. Referring to the IGAD-led process in Somalia to lead to a federal state, he said “Somalia is a federal state: what remains is full implementation, “and he called on Somali MP’s to expedite the establishment of the Boundary Demarcation Commission.

Dr. Abdalla Hamdock highlighted the changing narrative of the Horn of Africa with its rapid economic development and the increase of FDI while emphasizing the need for underpinning consolidation of these gains. Dr. Tedros Adhanom, in his keynote address, underlined that Somalia was making a good progress in removing the threat of Al-Shabaab and in consolidating local administrations in newly liberated areas. Speaking about the experience of federalism in Ethiopia, he said federalism was a blessing to Ethiopia because it had brought both peace and economic development. The key factor in this, he said, was ownership, adding that “ownership brings commitment and hence positive results. “ He said Somalis must take ownership of their common destiny.

A federalism prescribed from the outside cannot work as it can not endanger commitment to uphold it. He also talked about the need to put Somalia’s interest beyond individual or group interest to end to the nation’s problems. Citing the goal set by the forefathers of the Organization of the African Unity, he said “if we can dream big there is no reason that the Horn can be a country that in our venture to build a united Africa” He also highlighted that Ethiopia’s policy is grounded on having a strong neighbors and strong region.

The conference will deliberate on governance, federalism .fiscal federalism in the context of Somalia.

Photo: Dr. Abdi worked as Senior Economist and Manager at the International Monetary Fund for nearly three decades. Most recent assignments at the IMF were as an Advisor in the African region, and Senior Resident Representative in Tanzania (2001-04) and in Ethiopia (1998-2001). Other professional experience includes work as an economist with Citibank and the Central Bank of Somalia; and lecturer in economics at several universities in the United States.

Dr. Abdi provided macroeconomic policy advice to more than 30 countries in Africa, Middle East and the Western Hemisphere, during his distinguished career at the IMF. He participated in the formulation of economic and social policy reforms in many countries in Africa, including Ghana and Nigeria (in the West); Eritrea, Ethiopia, Tanzania, and Uganda (in the East), and Mauritius, Mozambique and Zimbabwe (in the South). Dr. Abdi led staff teams that conducted annual consultations and program negotiations with, and provided technical assistance to member countries of the IMF for many years. Dr. Abdi’s many publications include a book on commercial banks and economic development in Eastern Africa, and articles on economic development and monetary systems, as well as reforms and transformation in low income countries.