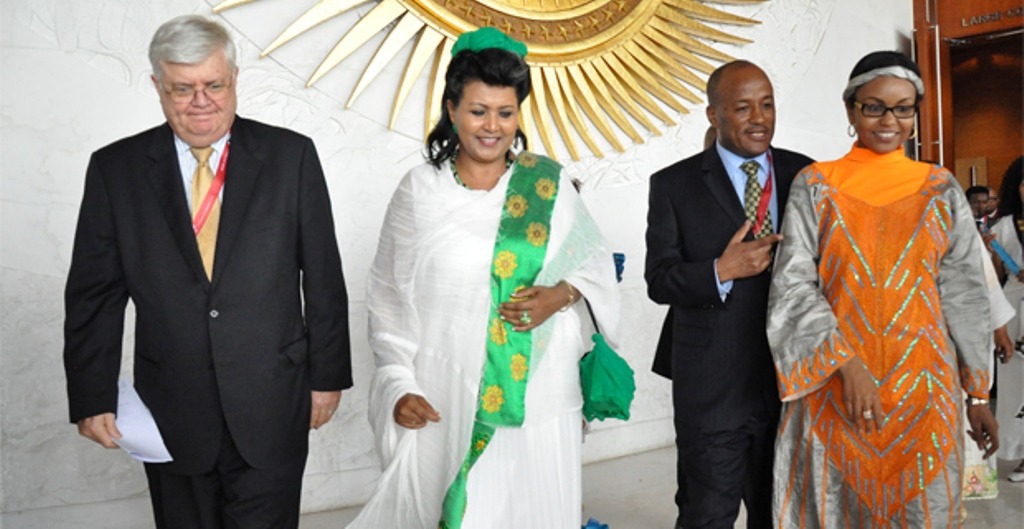 Addis Ababa (HAN) August 15, 2014 – Business partnership and investment news. A business networking and awareness creation session between the US Chemical Company, DOW and various stakeholders from Addis Ababa was held on Wednesday (August 12) at the Radisson Blue Hotel.

Among those attending were officials from the Ministry of Foreign Affairs and the Investment Commission as well as representatives of the Chamber of Commerce and Sectorial Association, the Agricultural Investment Land Administration Agency and the US Company, DOW.

Presentations covered the opportunities and prospects for investment in Ethiopia.

The President of the Ethiopian Chamber of Commerce and Sectoral Association, Solomon Arega, and the Commissioner of Ethiopian Investment Commission, Fitsum Arega, detailed the prospects and advantages; and Commissioner Fitsum explained the incentives and tax system arrangements designed to help foreign investors succeed in Ethiopia.

Ross McLean, Head of the DOW delegation, and John Kolmer, Manager, Human Capital Development for DOW, said they were impressed at the welcoming opportunities available in Ethiopia and spoke of their plans to invest in Ethiopia in the manufacturing sector and in agriculture and chemical industries. Members of the Leadership in Action team from DOW, who will be in Ethiopia for a week, indicated that their presence would encourage other US companies to look towards future investment in Ethiopia.

The State Minister briefed the delegation about the investment prospects and opportunities in the manufacturing, energy and agriculture sectors. He mentioned the country’s fast growing economy, its wide domestic market, and the investment incentives and generally welcoming environment Ethiopia offered and which were being taken up by a large number of investors from different countries. The President of Dow, Mr. Ross Mclean, said the company appreciated the development efforts underway in Ethiopia and said his company was ready to invest in Ethiopia and to work in coordination with the Government. He explained the company’s interest in engaging in various sectors, including manufacturing which, he said, was at the center of any economic transformation. The Dow company delegation, which included over 40 senior figures from businesses in 17 countries, is making a visit in Ethiopia to lay the foundation for business- to-government and business-to-business partnerships and to open office in Ethiopia.