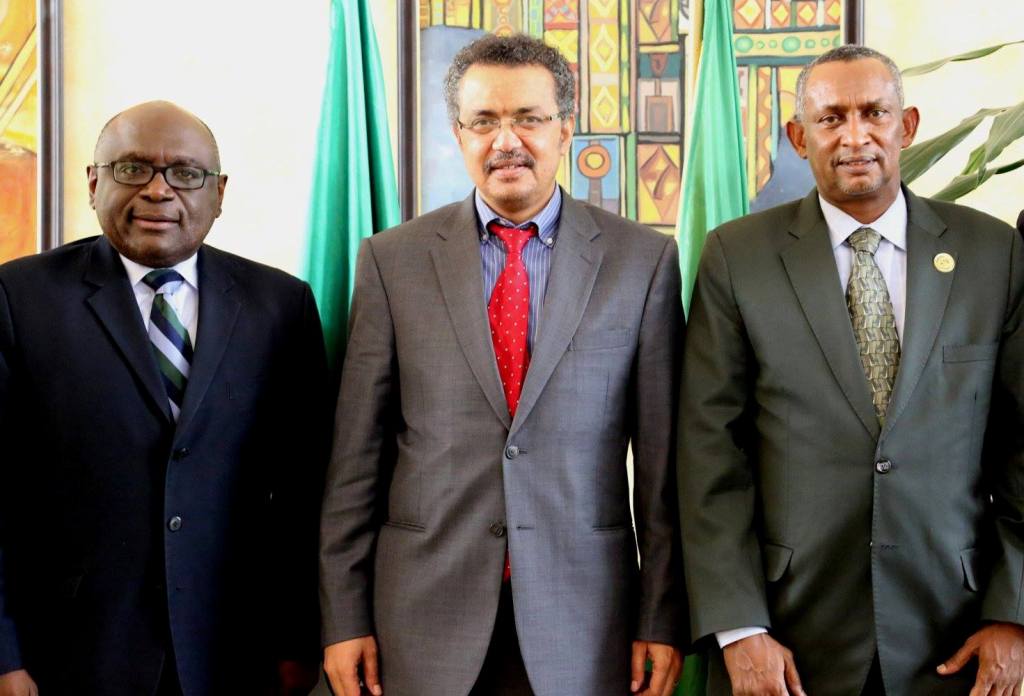 During the meeting, they reviewed and discussed proposals for work in collaboration with Ethiopia in four areas, addressing the problems of internally displaced people, cross-border issues, advancing regional connectivity and extractive industries. Dr. Tedros said he appreciated the suggestions of the World Bank and the approach proposed to address the issues by working in collaboration. He noted the efforts and developments being made in regional integration and in economic and social ties in Ethiopia and the Horn of Africa.

Ethiopia Foreign Minister also detailed the potential of the region of the Horn to respond to its challenges and turn these into opportunities by integration and cooperation in economic areas.

Ethiopia Foreign Minister said it was necessary to work together to alleviate poverty and speed up developments: poverty was the root cause of many of the region’s problems, he added. Mr. Bruce praised Ethiopia’s efforts at regional integration, its support for refugees and its overall development.

Ethiopia Foreign Minister welcomed its integrated diplomatic strategy including its approach to cyber diplomacy to create awareness and advance diplomatic contacts at all levels. He referred to cooperation in infrastructure development as well as the four major areas of engagement he and his delegation proposed which included gender and health infrastructure development and enhancing the private sector in the region for sustainable peace and development. Ambassador Maalim raised a number of issues including the importance of stabilizing and re-building conflict areas in the region and the necessity of building up the capacity of IGAD’s secretariat. The discussion also covered future plans and priority areas as well as continued engagement in the future.