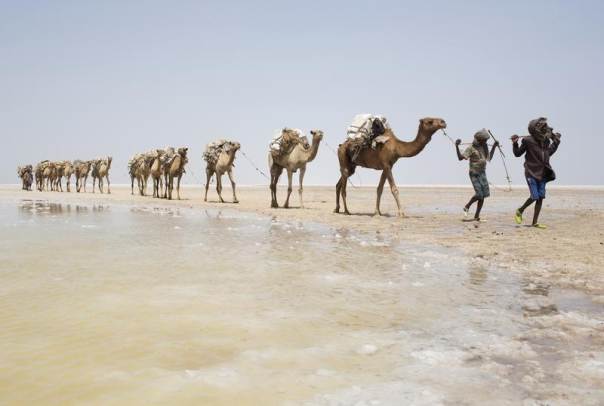 ADDIS ABABA (HAN) December 4, 2015 – Public Diplomacy and Regional Stability Initiatives News. The outcome of the current climate discussions in Paris will have a huge impact on the world’s poor, who bear the brunt of disrupted weather patterns caused by global warming.

Tens of millions of people across Asia, Africa and Latin America are subject to worsening droughts, floods and storms. This is the best opportunity for such an agreement in over twenty years of United Nations negotiations, and hopes are high.

Rising temperatures can cause flooding in coastal areas and droughts in arid regions. These negative effects are experienced disproportionately by poor communities in poor countries – ironically those who suffer the most have contributed the least to carbon emissions.

These shocks destroy property and assets, disrupt agricultural practices and ultimately force many people back into, or deeper into, poverty. We are already seeing evidence in real time that this is occurring in Ethiopia today.

Ethiopia is currently facing a drought which has put millions of its citizens in need of aid. It is the biggest crisis in the country since the 1980s. The food crisis is a result of failed rains and disrupted weather patterns, compounded by El Niño, causing crops to wither and die. This is a huge cause for concern in Ethiopia, a country so heavily reliant on farming and crop production. Agriculture accounts for more than 40 per cent of GDP. More than 80 per cent of the population relies on farming for their livelihoods.

8.2 million Ethiopians now need food assistance as a direct result of climate change. The United Nations has projected that this number could swell to 15 million next year as people endure the long wait until the next harvest.

The government of Ethiopia has contributed $192 million for an emergency response to the drought and has been working with farming communities to help them become more resilient to changing weather patterns, by using drought-resistant crops and conserving water.

Concern is doing similar work on resilience, working with 100,000 farming households to promote climate smart agriculture in some of the poorest areas of Africa. We have found that the promotion of conservation agriculture can lead to doubling of crop yields. In drought-prone areas, we have found that water harvesting techniques can help to increase soil fertility.

But building community resilience is not enough in the face of such huge climate shocks. A bigger, weightier response is needed. At a national and regional level, farmers will need to adapt to a changing climate, by embracing climate-smart agriculture techniques. Internationally, efforts must be ramped up and financed to slow halt the pace of climate change so that the effects felt in Ethiopia are not replicated elsewhere.

It is therefore crucial that support for poor communities affected by climate change be included in the Paris negotiations. We need these negotiations to put a firm and legally enforceable plan in place to address global warming. At the heart of this is protecting the common good, rather than national or group interests.

Without this commitment, achievement of the Sustainable Development Goals will remain out of reach. Goal 17 calls for ‘urgent action to combat climate change and its impacts’. The world leaders meeting this week have the power and remit to put a legal framework in place to make Goal 17 a reality. What is needed now is political will and momentum.

A failure to reach a global deal in Paris would be a disaster. Now is the time to begin reversing the decades of harm wreaked by human activity and also to lend our solidarity to those who are most affected by the changing climate.

The core belief underscoring all of this is universality: we must work together to ensure that no one is left behind. Source: trust