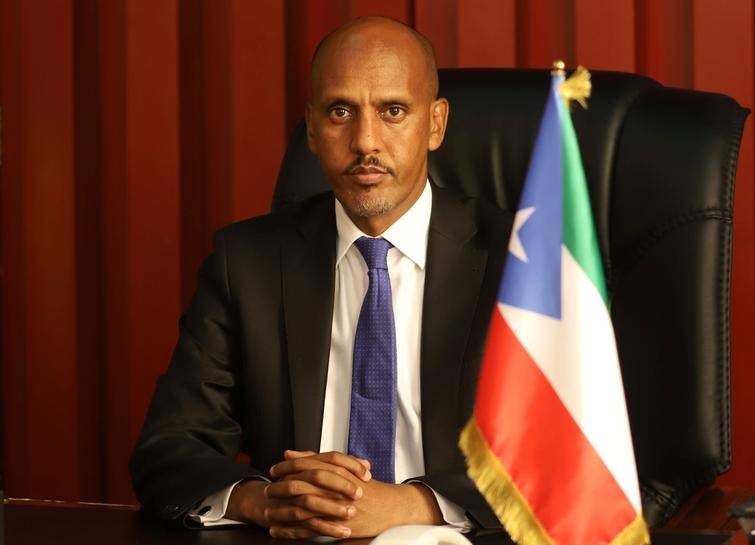 The region, also known as Ogaden, has rich natural gas resources and an impoverished population. It has been wracked by violence amid a government crackdown on the separatist Ogaden National Liberation Front (ONLF), active since 1984.

Abiy granted amnesty to the ONLF in return for a promise to engage in peaceful politics. Now Mustafa – whose boyish features belie the horrors suffered by his family – is dismantling structures that rights groups say were used to imprison, torture, and kill thousands of people.

He has shut down a prison nicknamed “Jail Ogaden” notorious for torture, established an auditor general to investigate government finances and retrained the feared paramilitary Liyu police. His predecessor, Abdi Iley, is on trial for fomenting violence, charges he denies. Journalists and aid agencies, previously banned, are now free to work in the region.

Mustafa’s quest for justice began as a university student, after his uncle was arrested by the military in 1995, accused of ONLF links and never seen again.

“My family’s injustice becomes just part of a larger injustice that happened to the people,” he said.

Mustafa carried on speaking out against the government during postings for the United Nations and charity Save the Children spanning from Zimbabwe to the United Arab Emirates.

The threatening phone calls began in October 2016, he said.

“You have to praise the region’s president,” a voice told him, “or we are going to rape your sister, we will kill your mother.”

“I talked to people who buried my brother and who saw the body, and they said the body had a lot of wounds,” he said. “He was tortured.”

Two of those police are now in jail pending the outcome of their trials. A third is being sought.

The scale of abuses means not every perpetrator can be prosecuted, said Mustafa, who hopes the August elections will unify the country and direct resources to neglected regions.

Abiy has formed a new party, the Prosperity Party, by unifying three of the four ethnically-based parties in the coalition that had ruled Ethiopia since 1991. Five other regionally-based parties, including Mustafa’s Somali Democratic Party, have also joined.

But rival parties are also emerging; analysts say an overall majority for Abiy’s party is not guaranteed.

One such challenge comes from the ONLF’s new party, said Ahmed Yassin, an ONLF political advisor.

“Mustafa’s party and the parliament is 90% composed of the previous regime,” he said. “We did not see serious commitment to bringing justice to the people.”

Mustafa conceded that few perpetrators had been brought to justice, and said his region will establish its own truth and reconciliation commission after the vote. He could not change parliament without an election, he said.