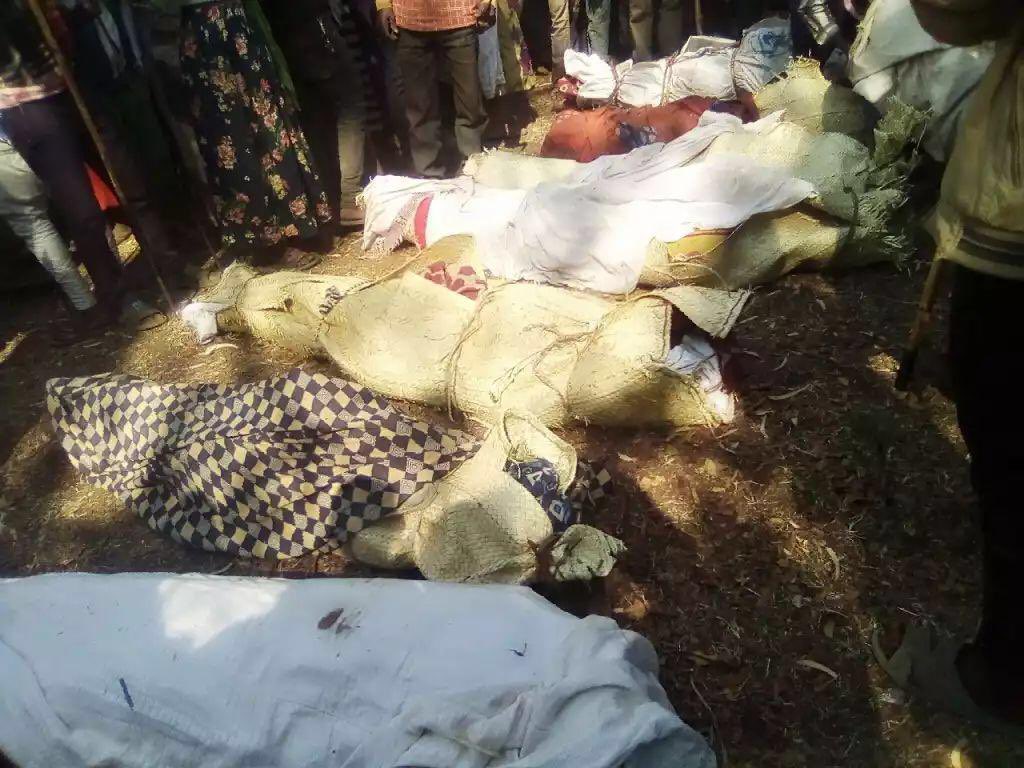 Addis Ababa, March 12.2021 – A series of attacks in western Oromia regional state mounted by armed men against civilians since Saturday March 6 claimed the lives of at least 42 people so far, including women and children. The victims are members of the Amhara community living in various Kebeles (districts) of Horo Guduru, Eastern Wollaga zone of Oromia regional state.

The regional government and residents in the affected areas blame members of the Oromo Liberation Army (OLA), a rebel group federal and local authorities often refer to as “OLF/Shane”.

The deputy commissioner of Oromia Police Commission and head of media and communications, Getachew Etana, admitted to the killing of a total of 42 people in Horo Guduru zone. He told VOA Amharic that 22 people of the victims were from Dabis Kebele and 20 people were from Jaret Jargeda Horo Dadi kebele. Getachew said that the attacks were conducted by members of ‘OLF/Shanee’ who target civilians sporadically and retreat to their hideouts, evading capture.

However, in a statement the group sent to Addis Standard, it categorically denied having any role in the recent attacks. “We once again suggest you reach out to the residents of Horo Guduru and ask them who Faqadaa  Abdiisaa is and who sent him and his militia into Horo Guduru,” Odaa Tarbii, OLA’s Spokesperson, said in the statement, suggesting that there is a third player in the area where both the federal and regional government forces continued conducting major military crackdown against OLA since late 2018.

In a phone interview he gave to the VOA, Kumsaa Dirribaa, a.k.a Jaal Marro, the commander of the western wing of OLA, denied all the allegations against the group and blamed instead “the government is backing Amhara and Oromia special forces and killing Oromos.”

SURVIVORS ALSO SAY THE VICTIMS WERE ROUNDED UP TO A LOCAL CHURCH WITH NOTICES FOR VACCINATIONS AND/OR MEETINGS.

Sheik Seid Hassan, 55, and a resident of Jarte Woreda, Haro Dadi Kebele told VOA Amharic that he has lost five members of his family including his wife and three of his children. According to him 22 people were buried in his village alone. He blamed “OLF/Shene” for the attacks and said the family were receiving threats in the past. Another resident said 31 people of Dabis kebele in Abe Dengoro Woreda were abducted and 24 of whom were killed, only seven escaped. Many of them are members of respective single families. One resident listed coordinated framing and labeling of victims based on their “religion and ethnicity”. Survivors also say the victims were rounded up to a local church with notices for vaccinations and/or meetings. another survivor said.

Many of the victims are people who recently settled in Debis kebele around Beale Egziabher after fleeing other attacks in November last year. Since the latest attacks they have not received help from the government and many have left their villages in search of safety.

Abiyot Bekele , administrator of Jarte woreda, denies this. He told Addis Standard that no one is displaced from the district and that some simply went to their relatives for fear of impending attacks. Responding to news of targeted attacks, Abiyot said that the attacks are indiscriminate and that the houses of Ethnic Oromos are also being burnt. Abiyot also claims the government is doing its best to protect the people by deploying members of Oromia special forces and the federal police.

When he was asked to respond to Jaal Marro’s accusation on the involvement of Amhara special forces operating in Wollega zone, Abiyot said he has heard various rumors but he is “not able to confirm it.” AS