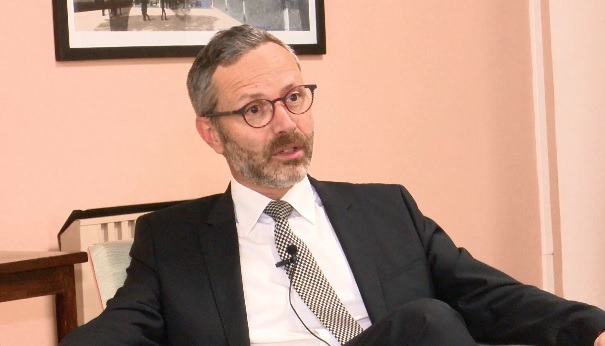 In an interview with ENA, Ambassador Remi Marechaux said the number of French investors operating in Ethiopia has now reached 55 which is twice the number some five years ago.

The companies are mainly engaged in energy, including geothermal and hydro business development as well as manufacturing sector which is important to encourage import substitution, he said.

French companies are also very much keen to invest in the field of logistics, transport and telecom sectors in Ethiopia, he stated.

The Embassy is working to attract more investors to Ethiopia through various mechanisms, the ambassador pointed out.

In this regard, he added several events will be organized including an event called ‘Mission-Africa’ which will happen in France on November.

A visit by the largest French investor union to Ethiopia, which is scheduled for January next year, is also part of this initiative, ambassador Marechaux said.

The ambassador also expressed his hope that more French companies would come to Ethiopia as the potential for investment in the country is huge.

Regarding the bilateral relations, he pointed out that since the visit of President Emmanuel Macron last year, the two countries have been enjoying a strong relation which is accompanied by exchange of visits.

Noting French’s keenness to continue working to strengthen the long standing ties between the two nations in development and cultural cooperation among other things, the ambassador expressed his government’s readiness to play an important role in the on-going reform in Ethiopia.

“When Emmanuel Macron visited Ethiopia he had several meetings with Prime Minister Abiy (Ahmed) and jointly decided on the priorities that French could engage to support Ethiopia,” he stated.

One of the priorities in this regard according to the ambassador is to provide development support through the French Development Agency that manages a portfolio of more €500 million project.

According to him, new projects for 2021 will also be developed soon to support small and medium enterprise with a €70 million concessional loan.

On the other hand, France has a long time cultural cooperation with Ethiopia and intends to continue this in the coming years to work in the field of patrimony, culture and heritages, he said.

“Worldwide, France is the first destination of tourist and it’s not because of the wild life and beach, it is because of its preserved cultural heritage and patrimony and Ethiopia in this field has major assets and France will be pleased to cooperate with Ethiopia through exchange of expertise.”