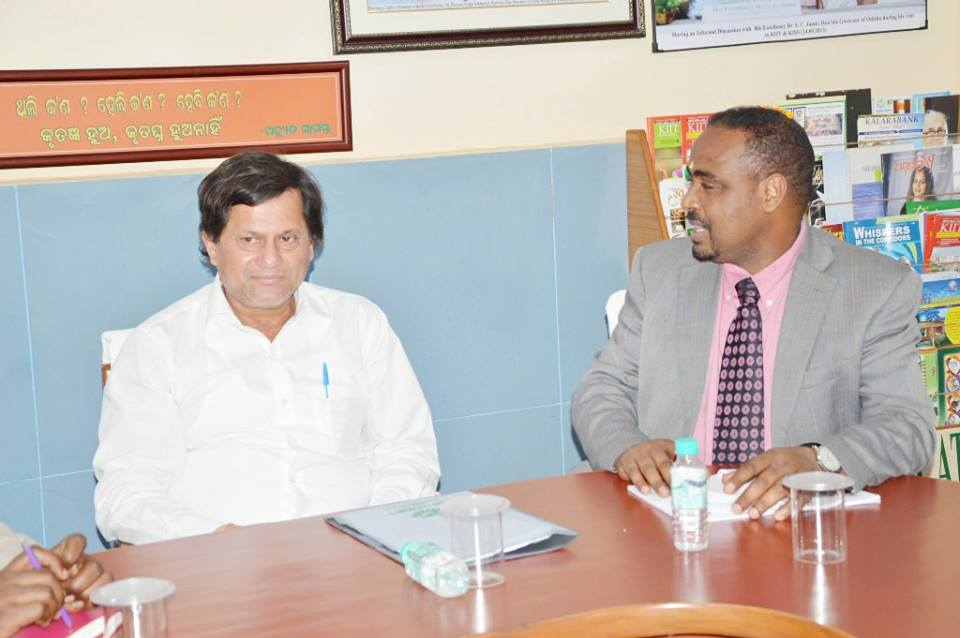 Russia is engaged in a frantic new scramble for influence in the Horn of Africa, specially Somalia, Somaliland and Ethiopia.

The iGuide covers a wide range of topics deemed relevant to investment consideration and will serve as the first point of contact for domestic and international companies and businesspeople interested in investing in Ethiopia.

The platform highlights the various investment opportunities in the country and provides information on the costs, laws and regulations related to various aspects of investment, such as business set-up, labour, taxation, and access to land.

The iGuide was developed by the EIC with support from the ECA and the United Nations Conference on Trade and Development (UNCTAD) and was designed to attract productive investment into the country.

Investment can create a “win-win” scenario for the private sector as well as the host economy, said Mr. Shumete at the launch.

The Minister expressed hope that this communication and “empowerment” tool will serve to “enhance the efficiency and effectiveness of the Ethiopian business ecosystem” and help “build impactful relations” with investors and assist the country in its quest to become a major manufacturing hub.

The iGuide, providing clear, relevant and reliable information, seeks to serve both the national and international investment community.

“Foreign investors rely on the small and medium-sized enterprises in the economy and local business have to be linked global supply chains,” stated Ms. Songwe.

According to the Executive Secretary, the iGuide should also help to promote domestic women-led businesses by providing “digital space in which women can seamlessly interact.”

The ultimate objective of the electronic investment platform is to promote productive investments catalysing the structural transformation process in developing countries.

Mr. Fitsum observed that many African countries were already undertaking important reforms to enhance their business environment and Ethiopia was no exception to this trend.

“The private sector needs to be in the driver’s seat of development,” he declared. “Ethiopia endeavours to address the existing bottlenecks and open up further sectors for private investment, including logistics and telecom.”

During the developmental phase of the project, UNCTAD and ECA provided technical assistance and capacity-building services to EIC professionals to develop the necessary skills to manage the platform and keep it up to date.

“The iGuides help agencies, such as the EIC, to build their capacity, identify further areas for reform and understand investor needs,” explained Ms. Isabelle Durant, Under-Secretary of UNCTAD, in a video message.

As in the other countries in Africa where the iGuide had already been launched, the joint UNCTA-ECA team remains on stand-by to provide further assistance should such a need arise.

Mr. Anteneh Alemu, Deputy Commissioner at the EIC, and Mr. Joseph Baricako, Economic Affairs Officer at the ECA, walked the audience through the nuts and bolts of the website. The information is clustered around seven thematic chapters dealing with issues ranging from the steps needed to be taken to start a business in Ethiopia, to the skills and wage expectations of its labour force, the legal framework on investment protection and promising investment sectors.

Unlike many other investment guides, the iGuide also contains feedback from the existing investment community in the host economy highlighting both the strengths and competitive advantages of the local business environment, as well as identifying areas for improvement.

Following on the heels of Madagascar and Mauritania, Ethiopia has become the seventh African country to launch its iGuide in 2018. As of now, fourteen countries in Africa, Asia and the Caribbean boast an online investment guide. Work on the iGuide project was initiated following official request delivered to either ECA or UNCTAD from any of their member States.

The iGuide for Ethiopia