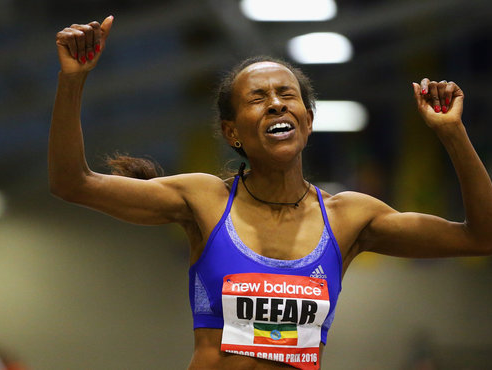 World indoor record holder Jenn Suhr won the women’s pole vault at 4.82 meters before unsuccessfully trying three times at the highest mark ever cleared by a woman indoors or out, 5.07 meters.

“My first attempt felt really good up the pole, but I just didn’t have the legs for it today,” said the American, whose two-week-old indoor record is 5.03m. Russian Yelena Isinbayeva’s outdoor record is 5.06m.