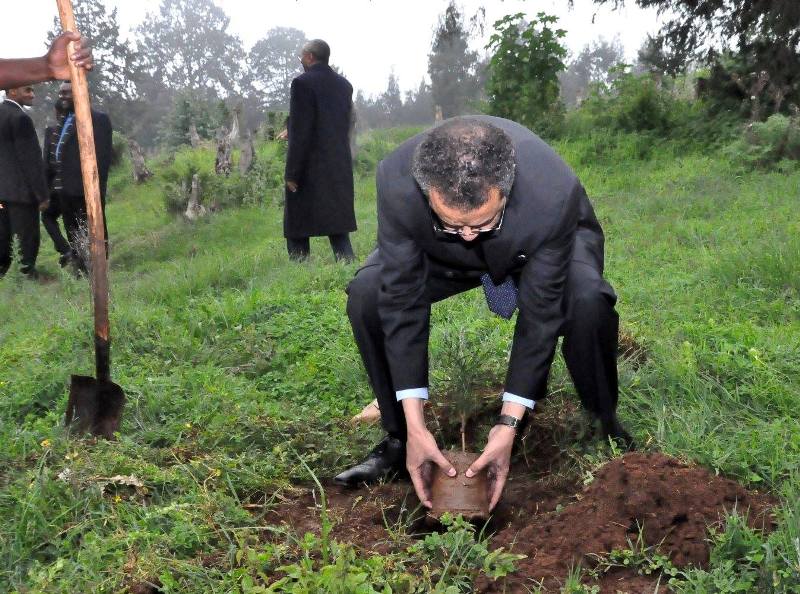 Addis Ababa (HAN) August 21, 2014 – Public diplomacy and national identity issues. A Historical memorial ceremony on the occasion of the second anniversary of the death of the late Prime Minister Meles was held at the Meles Zenawi Public Park in the Gulele area of Addis Ababa on Wednesday, August 20, 2014.

The ceremony was attended by President Dr. Mulatu Teshome, Prime Minister Hailemariam , Ministers, Regional State presidents, senior officials, army officers and representatives of foreign governments as well as other stakeholders who participated in planting hundreds of trees in the Meles Zenawi Park. Speakers emphasized that the late Prime Minister was the champion of the country’s green growth economic strategy and that he struggled hard for the dignity and equality of nations, nationalities and peoples as well as for socio-economic progress and political equality in Ethiopia and more widely.

The late Prime Minister’s widow, Azeb Mesfin, the President of the Meles Zenawi Foundation, spoke of his strong and committed visionary leadership as a politician, a comrade and a father. She underlined his respect and love for the nations, nationalities and peoples of Ethiopia, and noted the unreserved support and participation that Ethiopians from all over the country had shown for the realization of the late Prime Minister’s vision and plans. She said the Meles Zenawi Public Park would have a sophisticated and modern library and a guest house for national and international tourists and researchers as well as a public recreational center.

The design of the Park would symbolize the struggles of the late Prime Minister as well as Ethiopian unity, and the values of education and of the cultures and norms of the Ethiopian people. 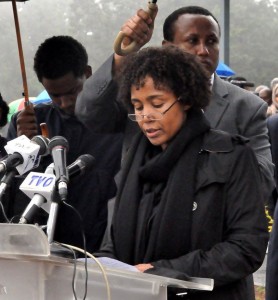