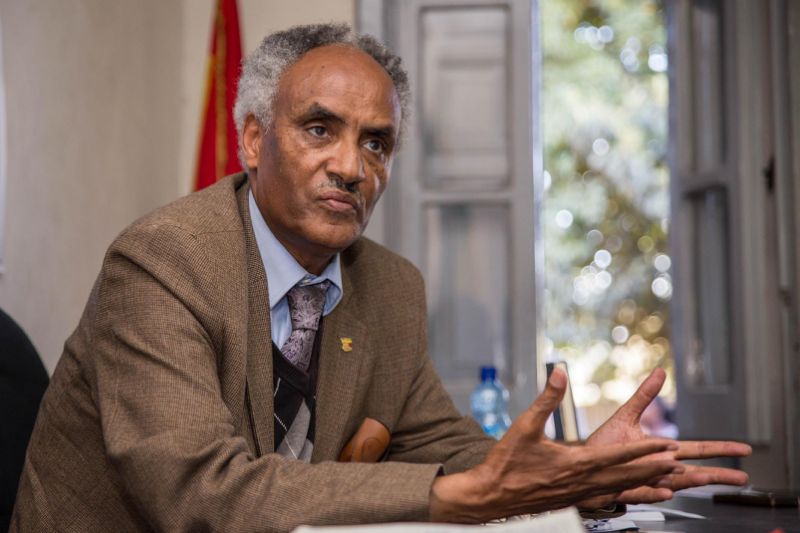 In a press conference yesterday, Party President Prof.Beyene Petros said the ruling party need to learn working with opposition parties. He said that the recent violence in some parts of the country is the outcome of bad governance.

The President said that as a means to bring about sustainable peace, the ruling party has to learn working with opposition parties and avoid violent measures to suppress public demand.

According to Prof. Beyene, the weakness of the ruling party to work with legal and trustworthy opposition parties has exposed it for the recent public discontents.

The President blamed the ruling party for the loss of life in some parts of Ormoia, and Amhara state.

He said that anyone who is responsible for the death of people or property damage should be held accountable and investigated by an independent organ. He said the ruling party cannot address public demand by force but only in a democratic way.

Prof.Beyene said that the recent public discontents are not an overnight phenomenon but were boiling up for years.

In an exclusive interview with the daily Addis Zemen Government Communication Affairs Office Minister Getachew Reda said that the government is working with legal opposition parties, the people and other concerned organs.

According to him, problems are addressed in a constitutional way. ” There is an independent organ that will investigate the loss of life and property in process of peace keeping activities.”

Getachew said that security forces are guided by rules and regulations. “If there is a violation of these principles, no one will be free from accountability.”