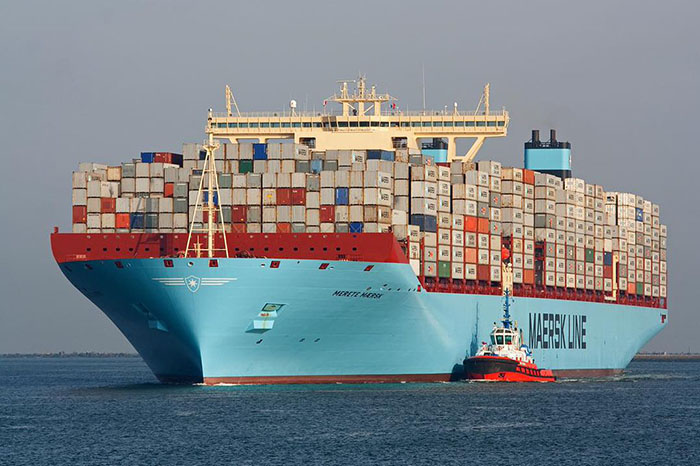 Ethiopia and Djibouti are denouncing Maersk Line’s decision to impose an additional unloading fee on import containers at Djibouti ports.
Recently the world’s largest container shipping company announced they would apply the so called ‘Recovery for Handling Imports (RHI)’ on containerized cargos coming into the Djibouti, ports starting February 1. Djibouti is the main gateway for Ethiopian logistics.

Logistics experts in both Djibouti and Ethiopia strongly oppose the company’s decision because in addition to affecting Djibouti’s port activity, it could significantly increase the cost of goods coming into Ethiopia.
Sources at the Djibouti Ports and Free Zones Authority, the higher body following the port and free zone operation in Djibouti, told Capital that the Authority has expressed their concerns to Maersk.

They explained that the ports in Djibouti had not changed any tariffs for carriers. “The increase from Maersk is unreasonable because no ports in Djibouti have raised their prices,” he said.
“The charges for carriers were set over a decade ago, which is when the container terminal began operating. There has not been any change in fees for operators at the port since that time. We fail to understand why the new fee for incoming cargo to Djibouti was imposed,” the spokesperson complained.

The company, which is one of the logistics partners for Ethiopian cargo announced that it had applied RHI to incoming containerized cargo arriving at Djibouti. Based on this new rule imported cargo will be charged USD 133 and USD 166 for every 20 foot and 40-foot container respectively.
In its announcement Maersk stated “to ensure continuity of the Maersk service standards and maintain an exceptional customer experience in Djibouti, we would therefore like to inform you of the need for recovering part of the cost associated with the terminal operations of loading and unloading containers from vessels.”

Daniel Zemichael, a logistics expert and owner and Chief Executive of Freighters International Plc, told Capital that these types of charges are common in the global logistics sector. He said that carriers or liners like Maersk pay at the port in Djibouti and now the liner has transferred the cost onto the customers.

Mekonnen Abera, Director General of the Ethiopian Maritime Affairs Authority (EMAA), said the partner’s action is unacceptable. “We have asked them to annul their decision,” the Ethiopian logistics sector chief told Capital.

“Last week I was in Djibouti we talked about the issue with relevant officials there,” he said. “Initially I did not understand their decision,” he added.
Capital obtained information from both, the Ethiopian and Djibouti, sides. They said that in addition to asking the company to change its new scheme the authorities have written a letter to Maersk arguing their side of the story.

“The Djibouti authority and EMAA’s branch in Djibouti wrote a joint letter to the company,” Mekonnen confirmed.
There is not a so called ‘unilateral decision’ since we don’t have a bilateral agreement with Maersk and we don’t have any agreements with liners but this will highly affect our economy.

Sources in Djibouti said that the company’s decision is applied purposely to affect the relationship of the two countries and to make port services in Djibouti more expensive.
“Even though they said that RHI will start being charged February 1st we have told them it will not be applicable,” Mekonnen said.
“We had no idea that they would add tariffs on shipping services. In the past when the unloading tariff that liners are supposed to pay at ports is adjusted we would be informed. So the current decision is inconvenient for us and that is why we are against it,” he claimed.

Neither is it an effect of any new increase in government fees.”
“We would request your understanding and cooperation to join our efforts in ensuring future container shipping investments to meet the rising needs of both Djibouti and Ethiopia,” it added.
According to the announcement the rates are also subject to other applicable surcharges, OF (Ocean Freight), OHC (Origin Terminal Handling Charge), DHC (Destination Terminal Handling Charge), ERS (Emergency Risk Surcharge), SBF (Standard Bunker Adjustment Factor), LSS (Low Sulphur Surcharge) and PSS (Peak Season Surcharge), including local charges and contingency charges.

Mekonnen said that he expected that the company will change its decision soon. From the total Ethiopia’s coming cargos the containerized is up to 300 thousand TEU per annum, while the share of cargos that Maersk, which is the leading partner for Ethiopia, handle is estimated one fifth. The containerized export of Ethiopia is about 65,000 per annum.