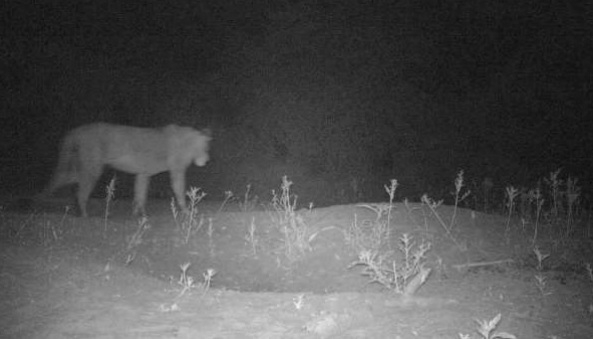 ADDIS ABABA (HAN) February 3, 2016 – Public Diplomacy and Regional Stability Initiatives News. By: Lauren Said-Moorhouse. A previously undiscovered population of lions has been found in a remote national park in Ethiopia.

Following an exploratory expedition, wildlife conservationists from Oxford University in England were able to confirm anecdotal stories from park staff and locals of lions living in the Alatash National Park in North West Ethiopia, close to the Sudan border.

“Lions are definitely present in Alatash National Park and in Dinder National Park. Lion presence in Alatash has not previously been confirmed in meetings at national or international level,” said Hans Bauer, leader of the expedition.

“Considering the relative ease with which lion signs were observed, it is likely that they are resident throughout Alatash and Dinder.”

Bauer estimates between 100 and 200 lions could live in the national park after considering factors like habitat, terrain and availability of prey animals.

And while the team did not see any lions, they were able to capture clear images of the big cats on overnight trap cameras, determining that they are most likely the rare Central African sub-species.

It’s an exciting prospect for conservationists who have seen the number of lions steeply decline in recent years. The number of lions across Africa has dwindled to around 20,000 and been labeled “vulnerable,” by the International Union for Conservation of Nature. In comparison, the population was estimated at 400,000 lions in the early part of the last century.

“There may be as few as 1,000 lions left across the whole of western central Africa,” said Mark Jones, wildlife programs manager at Born Free. “And given that these lions almost certainly belong to that same sub-species, every single population becomes really, really important.”

Last year, the brutal killing of Cecil the Lion in Zimbabwe sparked international outrage. But poaching is not the cause of declining numbers in the lion population across the continent, says Jones.

“Poaching for international trade isn’t the main threat to lions — certainly not in this area. Conflict with local people, and loss of habitat and loss of prey certainly is. So (the lions) need all the protection they can get and we need to work very closely with the authorities in Ethiopia and the local people in and around the park in order to achieve that.”