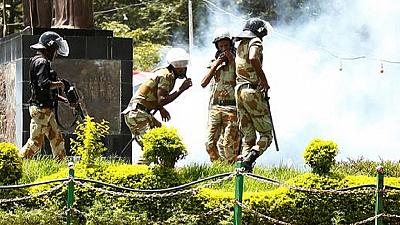 One resident says the killings occurred around midday Thursday in the town of Ambo. Another resident says gunshots could be heard since morning. The residents spoke on condition of anonymity because of fear of retaliation.

The town has seen multiple demonstrations since anti-government protests erupted in Ethiopia in 2015 and caused a months-long state of emergency that was lifted earlier this year. 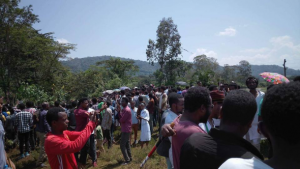 Ethiopia’s government spokesman was not immediately available to comment.

A spokesman for the Oromia region, Addisu Kittesa, says in a Facebook post that “lives were lost and people wounded.”

In a statement, the U.S. Embassy noted that “deeply disturbing reports of violence and deaths in Ambo today highlight the importance of peaceful expression and conflict resolution by all in Ethiopia.”

Copyright 2017 The Associated Press. All rights reserved. This material may not be published, broadcast, rewritten or redistributed.