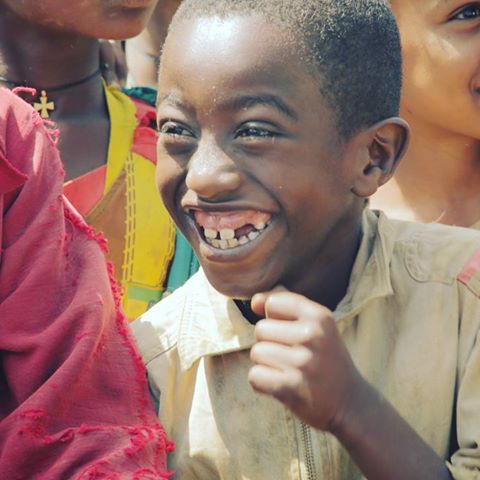 Asmara (HAN) 27 April, 2017 – Public Diplomacy & Regional Security for Stability. Ethiopia laughs, “When Eritrean President Isaias Pontificates” .. Opinion By Dilwenberu Nega. President Isaias Afewerk’s interview with OMN – one of the two satellite TV channels he funds to goad Oromos in Ethiopia to indulge in an insurrection against Ethiopia – was at best an ego trip, and at worst proof that Isaias has now taken leave of his senses as he realises that his own people have now reached the end of their tether with his bestial and barbaric rule.

The timing of this carefully choreographed interview has given credence to wide-spread speculation that the marriage-of-convenience between the State of Eritrea and that amalgam of confused and confounded Ethiopian quislings, Ginboat 7, is passing through a very difficult patch. There is nothing new in this, for Isaias’ track record of being a notorious political chameleon is replete with instances of Asmara severing abruptly relations with Ethiopian opposition groups. A case in point is the current zombie-like existence of the leader of Asmara-based OLF, traitor General Dawed Ibsa, who had availed himself of the golden opportunity last year’s unrests in parts of Oromia had offered him by way of oxygen of publicity to make a preposterous claim that he was leading the revolt. In fear of the now customary punitive surgical attacks by highly-honed Ethiopian Air Force, Isaias is then believed to have quickly subjected Dawud Ibsa to a ferocious reprimand and relegated him – to borrow an Eritrean opposition phrase – “to the league of the living dead.”
The interview per se is neither here nor there. Why the two journalists deemed it well and wise to ask President Isaias about last year’s unrest in parts of the Regional State of Oromia – which is outside the catchment area of the State of Eritrea – speaks volumes about the extent of Shabia’s gross interference in Ethiopia’s domestic affairs. Even then the President avoided the question by telling us instead that what took place in Ethiopia was an explosion of 25 years’ anger and resentment against EPRDF’s rule.

Here I am reminded by the phrase “the pot calling the kettle back.”

Who does Isaias Afewerk think he is kidding: Ethiopians or Eritreans? In the first place, he is least qualified to criticise the leaders of Ethiopia. Unlike him they have a Constitution to obey and are subject to the will of the people by making themselves available to elections every 5 years. Whereas the people of Eritrea are subjected to a one-man-rule-for-life. Nothing highlights the fallacy of his argument better than the daily arrival in Ethiopia of thousands of Eritrean refugees fleeing his iron-clad rule only to find out that Ethiopia was welcoming them with open heart.

Critics of President Isaias accuse him of turning into a habitual liar, supporters however defend him by stating that the medication he takes for his alleged brain-tumour is causing him memory loss. And this aspect of his ability to relate to events was much in evidence throughout his interview with OMN. First, oblivious to the fact that he had told attendees to the founding of Ethiopia’s Transitional Government in 1991 “to confine the proud history of Ethiopia to schools and universities,” he now washes his eyes in salt to remind us that we are a nation of long history to be proud of.

Secondly, as if we have forgotten that he had repeatedly demeaned Amaras by publically calling us “Hadgi” (Eritrea-Tigrigna for asinine), he now has the nerve to lecture us that all the faults of Ethiopia rests “not on Amaras, but on Amhara ruling class” – a distinction which is oft-repeated by EPRDF.

All in all, OMN’s interview exposed like never before President Isaias Afewerk’s passions, weaknesses, ugliness and deformities. Fortunately, we in Ethiopia have leaders whom author of “The 21 Indispensable Qualities of a Leader,” John Calvin Maxwell, refers to as leaders “big enough to admit mistakes, smart enough to learn from them, and strong enough to correct them.” Woe betide Eritreans instead for it is they and not us who are under the yoke of a brutal dictator. It’s high-time then that President Isaias knows that when he takes snuff, Ethiopians do not sneeze, but laugh the good laugh at his whimsicalities.