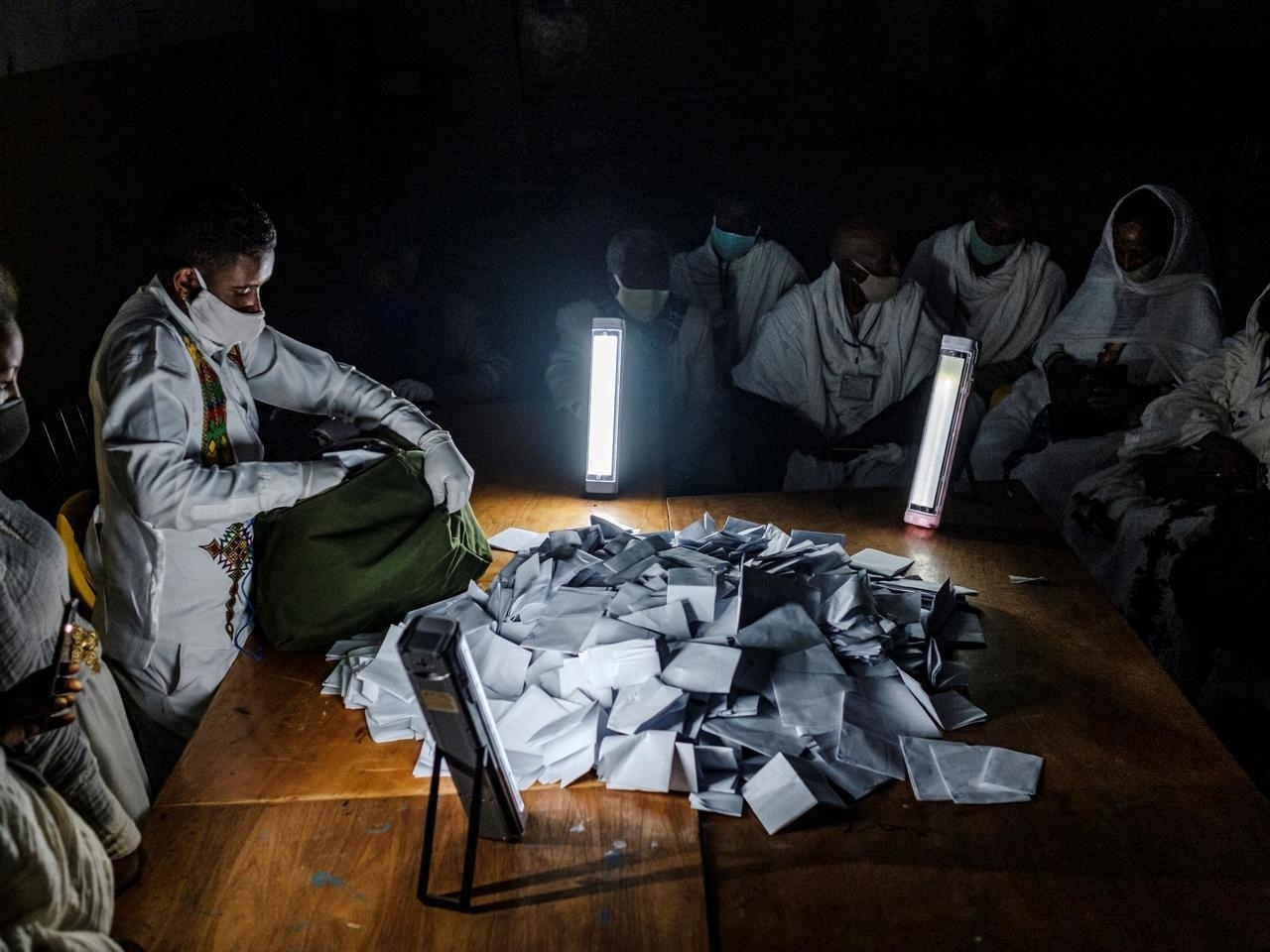 Addis Ababa (HAN) September 11. 2020. Monitoring Regional Issues. The Tigray Regional State, on September 9, 2020, held its Regional election that many said was an unprecedented act of defiance to the Federal Government while it was also claimed “successful” by the Tigray Electoral Commission.

The election was held amidst escalating tension that was given momentum at the emergency meeting called on September 5 by the House of Federation (HoF) that made its agenda to pass decisions on the election in Tigray discreet. The way HoF called the meeting by itself being different from the unusual manner alarmed Tigray Regional State on a possible decision to intervene in the election by the federal government; Tigray preemptively announced any such move would amount to a “declaration of war”.

The decision by the HoF wasn’t as immediately alarming as it was expected; however, the upper House still rule the election as “unconstitutional” and in violation of Article 9(1) of the Constitution of the Federal Democratic Republic of Ethiopia (FDRE) and the outcome would be “void, non-binding and non-applicable.” Regardless, Tigray went went ahead to execute the election with an estimated more than 85 percent of voter turn out before noon alone, Muluwork Kidanemariam, Tigray Electoral Commission Commissioner in his telephone talk with Addis Standard.

“The vote went very well, we assume that the polling was successful with more than 97 percent turnout from the preliminary estimation; [some] polling stations had 100 percent turnout,” said Muluwork Kidanemariam. According to him, competing parties ran for acquisition of 152 seats out of the 190-seat regional parliament. The reset 38 seats were reserved to be distributed to minority representatives in accordance with the ratio set by the Commission.

On August 06, The Tigray Regional State Council had voted to amended Art. 48/2 to amend the regional constitution to enable minority representations to fill 20 percent of the regional parliament while the ruling dominant party will possess the rest 80 percent share.  The amendment changed the First Past the Post clause in the constitution by Mixed Electoral System.

“The voting process was completed with no significant obstacle and voters have also shown a greater eagerness to exercise their right by coming to polling stations regardless of inconveniences. A voting woman who came from a recent delivery is one of the perseverance of the people depicting the demand for the election to happen.  Ballot counting in all 2672 polling stations has been completed and their results are also posted accordingly. The results and material are being returned back to 38 electoral region centers.

The Commissioner prides in the fact that different local and international observers of civic societies and the media were invited and present. “More than enough of them were present at polling stations while the government tried to suppress the media’s presence by suspending local and international journalists at Bole International Airport right before their departure to Mekelle.” said Muluwork. According to his, the speech made by Prime Minister Abiy the night before the election has aggravated the people’s commitment to move forward to cast their vote. “As such the people marched to polling stations starting late midnight in a gesture of maintaining democratic practice regardless of undemocratic suppression,” he said.

Muluwork was referring to an interview aired by the national broadcaster EBC, in which Prime Minister Abiy downplayed the election as “village gatherings and conferences” which should not cause “a big headache” for the federal government, and ruled out any possibility of a federal military intervention in Tigray region.

For Muluwork the highly coordinated and maximum effort exerted by the regional government to mitigate and protect Coronavirus spread throughout the election process was an important undertaking. “High attention was given to protection of coronavirus at all levels of the electoral activities.” Different stakeholders from community volunteers, business owners, health care providers and government bodies successfully coordinated the efforts in care of voters’ well-being.

The competing parties in Tigay registered to race in the election were limited to five as the other prominent opposition parties declined to participate in the election up on call for registration.

Apart from the five parties, three independent candidates: Haile G/silasie, Gebremichael Godefay and Tewolde Woldu, were also running in the election in the Mekelle voting district. Muluwork told Addis Standard that they have been exercising their constitutional rights, but didn’t make significant promotions to what they have or what they would benefit the society differently. Such individual participation often works better with prominent and influential individuals in the community.

The five political parties that participated to take seats in the regional government as seen at a glimpse are the following:

Tigray People’s Liberation Front/TPLF/ is the ruling party of Tigray regional state. Once a dominant member of the defunct EPRDF, TPLF is now confined in Tigray region but hasn’t abandoned its revolutionary democracy principles that combines developmental state model as its pillar economic policy. TPLF believes Ethiopia under Abiy Ahmed is besieged by a leadership crisis and needs a thorough fix through inclusive national dialogue.

The National Congress of Great Tigrai (Baytona) is a nationalist party seeking for a Confederation arrangement with/within Ethiopia. between independent states. Baytona believes the concept of a united Ethiopia is impossible with its irreconcilable in Ethiopia’s historical and structural constructs.

Tigray Independence Party’s main political agenda is to create an independent sovereign nation-state of Tigray. TIP is seeking secession from Ethiopia. It says its will struggle legally in accordance with the constitution of FDRE aiming to accomplish its goal through a peaceful political process. The party has opened an office in Mekelle and branch representative offices all over the region.

Salsay Woyane Tigray (Third Revolt) was founded with the aspiration of continued legacy of “Woyanay Struggle” that was known as of the “1st Woyane” struggle. The party agrees with a federal arrangement but demands a greater autonomy for regional states. The party argues that Article 51 of the current constitution of Ethiopia weakens states and thereby fights for its removal from the constitution. The party also argues that TPLF has lost the pride of the legendary “Woyanay Struggle” as it is not well rooted-enough in Tigray.

Assimba fights for the rights of the minority Erob community. It wants social democracy with free markets, emphasizes the need for peace with neighboring countries, regions, and the federal government. Believes in fixing the leadership problem at the federal government, cleaning the bureaucracy, building better infrastructure to benefit the Erob community are among its priorities.

Assimba received 774 of the total votes cast, becoming fifth. AS

Editor’s note: above figures are according to preliminary results provided by Tigray electoral commission.