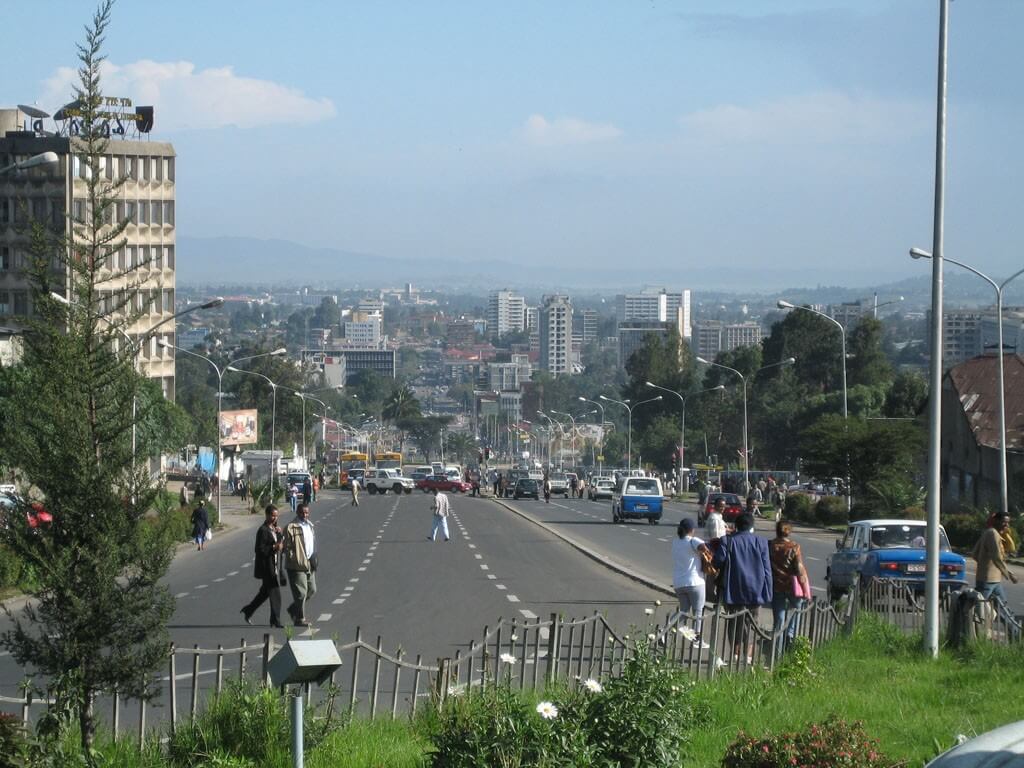 ADDIS ABABA (HAN) July 26.2016. Public Diplomacy & Regional Security News. By Dawit Endeshaw. In the nation’s capital, Addis Abeba, the price of land is perpetually increasing, while the size of plots made available for lease have continued to decline, as evidenced by the land leased during this past year.

“Given the growth, population, economic and migration pressures in the capital, it is only natural to see such gap between demand and supply,” an urban planner, closely engaged with the master plan preparation team, commented. Over the coming ten years, the population of the city is expected to increase by 51pc to reach five million.

A land broker in the informal channel also sees a bright future for the business.

“Demand for housing and the cash in people’s hands is what drives our business,” said the broker, whose name was withheld upon request.

The fear and anxiety floating around people’s minds following the Oromia special zone detachment from the city’s master plan, and the unrest that ensued, had an impact on some of those taking part in the four rounds of land lease auctions that have taken place over the past six months.

Since January 2016, the escalation of land lease winning bids have increased by 53pc a square metre in Addis Abeba.

This price hike is witnessed in a context where the availability of leased land is on the decline. In just the last four rounds of auction this year, 22ha of land – portioned into 459 plots – have been made available for buyers in the city. This figure shows a significant 24pc decline from the previous four rounds of lease auctions in the city.

This also comes at a time where the total area of the capital and its surrounding areas has remained at its existing 52,000ha – much lower than the 1.1 million hectares of land, which would have been the case if the draft integrated master plan was not scrapped.

The typology of the plots is already determined by the master plan of the city, based on the purposes the buildings will provide once they become operational. Their height also varies in accordance with the area and category.

The city administration conducted a study where it also categorized land in different grades based on the availability of infrastructure. As such, Grade I locations harbour relatively extensive infrastructure development and proximity to city centres, Tamrat Eshetu, expert in Land Use & City Structure, told Fortune. This categorisation also plays a role in setting the initial prices by the city for lease auctions. The initial price of land decreases as the grade designated to it declines.

The four rounds of bids over the past six months tabled 44, 112 and 302 plots, for business, residential and mixed use, respectively. The City Administration succeeded in securing offers for these plots and was able to earn as much as 3.3 billion Br from the winning bidders.

However, in Bole District, the highest offer was made for a business plot, while in Nifas Silk, both mixed and residential plots attracted the highest prices offers.

The medium price value in the past four rounds of lease auctions in the city were registered at 12,153Br, 13,165Br and 16,666Br for business, mixed use and residential purposes, respectively.

An out-layer winning offer was listed in the Bole District for a business plot in wereda 12, aka Bulbula, at 31,260Br a sqm for a 393sqm plot. The selling price for the Grade IV plot was 164 times more than the initial price set by the city, which was 191Br a sqm. The winning price in Bole for a business plot is four times higher than the minimum price allotted in Aqaqi district.

This plot is located at a road intersection, where 50m and 30m wide roads converge. A couple of plots, just behind the highest priced plot, have far lower prices, ranging from 15,350 to 22,750Br a square metre. Moreover, the area is also covered with blocks of low cost condominium houses, just in front of these blocks that are under construction.

Across Addis, the highest price for mixed purpose and residential plots was registered in Nifas Silk Lafto district, with 62,000Br and 36,105Br a sqm offered, respectively. All plots were located in Wereda one and Wereda three of the district. Wereda three, which covers the area of Bisrate Gibriel, received the top six offers, while the other offers went to plots located within Lebu and the Jemo I, II & III areas. Moreover, a plot of 175sqm in Lebu-Jemo dedicated for residential purposes attracted the highest price in the city of 36,105Br a square metre. The initial price for this plot was 191Br, illustrating a 190-fold increase.

The spot in Bulbula with a 31,260Br price tag received the offer from a buyer who is a regular at land auctions. The same individual targeted the specific plot, as he leased the adjacent plot for 10,000Br.

The winning offer for a business plot in Bole Bulbula, though it is a record high over the past six months, shows a rather sizeable decline in comparison to previous rounds, mostly depending on the infrastructure and nature of the neighbourhood.

In previous rounds, the district received far higher offers, with an increment of 100pc for those lands allotted for business. The eighth and 10th rounds of auction held two years ago had offers of 65,000Br and 55,000Br a sqm for business plots in Bole district, respectively. Both plots, in this respect, were located at the commercial hub of the district in Wereda three – the area commonly known as Bole Medhanealem, Cameroon street, where commercial buildings and international standard hotels are located.

Most of the plots made available in Bole district during the 18th round were located in Bole Bulbula, Summit and Ayat, where the land is largely dominated by farms with little infrastructure. Looking at other rounds, from the 12th to the 17th, most of the highest offers were given for plots in other districts.

“The price of lease in Bulbula is really escalating over time,” a broker told Fortune.

He has been working at the area for the past ten years. The price of the leased lands is determined by the price of lands that are occupied by locals in the area. The broker estimates that 75sqm of land in the district goes for as much as 16,000Br a sqm, while plots of say 500sqm are transferred for up to 10,000Br a square metre.

“This is I think common for the city, given the shortage of housing which is pushing the prices ever higher,” commented the broker.

He suggested on preparing as many plots as possible to fill the gap.

Looking around Bulbula, Fortune observed that there are a number of empty plots – some of them located besides the main road – still waiting to be leased.

“I don’t know why these plots are waiting for so long,” commented the broker. “They have been empty for years.”

The district is among the few locations in the capital that have a vast area of empty land still available for lease.

Lideta district is an exception, where land being made available for lease is listed following the re-development of slum areas. As the inner part of the city, it has almost run out of available vacant land.

Lideta district received a 66,000Br a square metre price offer for a total plot of 1,043sqm of land within the area identified as the financial district in the city centre. The plot, located just behind the Wabi Sheble Hotel, was leased by Bunna International Bank SC. Again, the district has also managed to get the third highest offer, from Tsehay Insurance Company, of 41,693.23Br a square metre for 1,043sqm of land. These two plots were the only plots auctioned within the financial district.

The highest price offer listed in Nifa Silk Lafto district’s Wereda Three during the latest round of auctions was for a 482sqm mixed purpose plot of land with Grade II status. The winning bid, at 62,000 Br a sqm, was 207 times higher than the initial price of 299 Br a sqm. Out of 79 plots auctioned in the Nifas Silk district, 70pc were dedicated to mixed purposes.

The least price for mixed purpose plots was in Aqaqi district, which was fifty times lower than the price offered in Nifas Silk Lafto district for the same category.

Nationwide, Addis Abeba has so far attracted the maximum average offer for a mixed purpose plot of land, with 19,850Br a square metre, while the minimum price was listed in Dessie, 387km north of Addis, at 726Br for a sqm. Other relatively larger cities in the country also do not fare well when compared with Addis Abeba. The maximum average offer made in the residential area of Kombolcha, 367km from the capital, is 7,151Br a sqm, while the same category of land received 26,438Br average offers in Addis Abeba.

The availability of the plots within the same area listed for auction has an impact, according to Birhanu Kebed, Head of Land Management Office for the Lideta district.

“If there are small plots within the same area that have the infrastructure, you will probably get a good offer,” he commented.

Those familiar with land lease seem to agree over the factors that affect the price of land. The decline in land being made available for lease and the rising demand of developers are attributed as the main factors fuelling the price hike.

Though a list of rationales and explanations come and go, “location, location, location” still stands taller than the other short and long-term socio-political conditions mentioned as factors pushing lease prices up.