Home Ethiopia Ethiopia & Korea Sign a MoU for a Cooperation Framework on Urban... 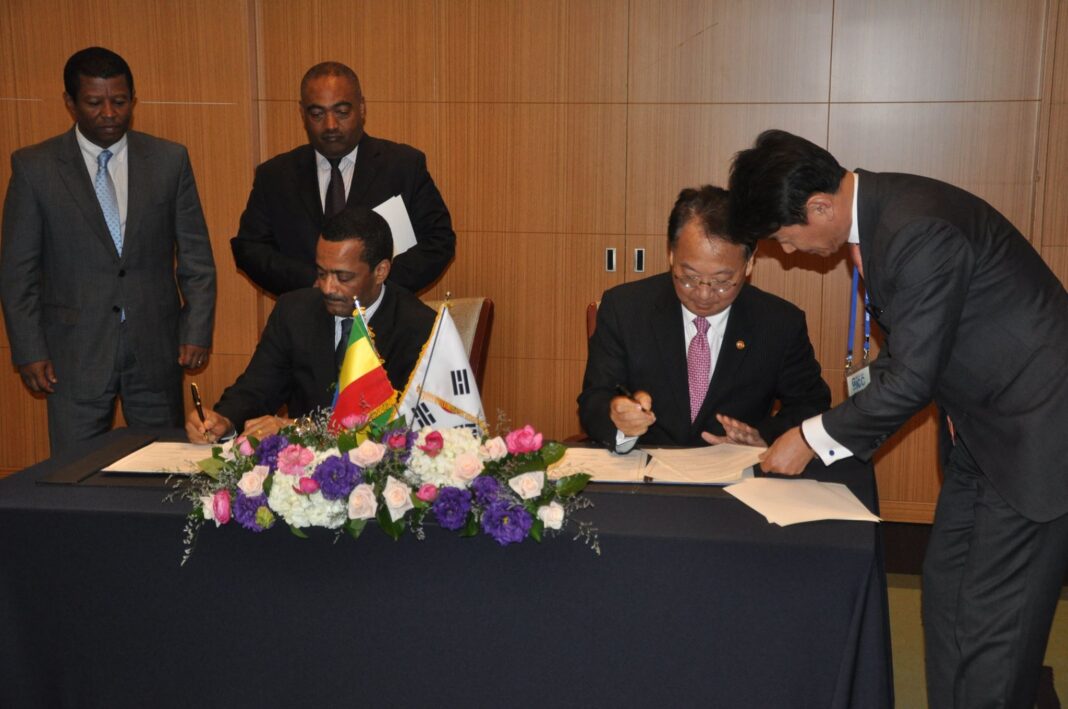 ADDIS ABABA (HAN) November 5, 2015. Public Diplomacy & regional Security. Ethiopia and the Republic of Korea signed a Memorandum of Understanding for a cooperation framework on urban development and the housing sector. The MoU was signed in Seoul on Tuesday (November 3) by Ethiopia’s Minister of Urban Development and Housing, Mekuria Haile, who noted that Ethiopia has put in place massive efforts over the last few years to encourage the forging of rapid economic growth and development. He said the signing of a Memorandum of Understanding offered an opportunity for the country to draw lessons from countries which had previously embarked on the developmental model such as the Republic of Korea.

This was particularly the case in areas of land and housing development and the preparation and implementation of urban planning. This would help to further sustain “our path of renaissance and economic transformation.” Mr. Yoo Li, Korea’s Minister of Land, Infrastructure and Transport noted the historic relations of Ethiopia and the Republic of Korea and their current strong diplomatic ties. Noting that Ethiopia is one of the fastest growing economies in the world and that it had extensive schemes for urban development and the housing sector, Mr. Yoo Li said the Republic of Korea was committed to extend its support in these sectors and provide knowledge and technology transfer and experience sharing. MFA